Lagos State Governor, Mr. Akinwunmi Ambode, on Tuesday led an all-male-walk against Sexual and Gender Based Violence (SGBV), vowing that his administration would leave no stone unturned to ensure that all perpetrators of such crimes are made to face the wrath of the law.

The walk, which proceeded from Ikeja under Bridge through Awolowo Way to Lagos House in Alausa, witnessed the participation of dignitaries from all walks of life, including members of the state executive council, members of the state House of Assembly, key government functionaries, entertainers, youths, artisans, workers, among others.

Addressing participants at the Lagos House, Ikeja, Governor Ambode, decked in a black T-shirt and armed with a placard with the inscription ‘Stop Rape, Domestic Violence, Child Abuse’, said it was time for men to stand up and take the bull by the horn in tackling the menace of SGBV in the society, as recent research has shown that women are more prone to being victims of these crimes.

“There is also an evident trend of suppressing the voice of these victims due to the fact that these acts are perpetrated largely by men. We should not take for granted the potential exponential effect of having emotionally and psychologically damaged women in a society as the effect could transcend to their children who grow up in an environment, thinking this is the norm,” the governor said.

While alluding to the fact that the state government had initiated several programmes ranging from the provision of legal aid, shelter and psychological counseling services to assist these women, he said it was also pertinent to address the violent behavior of men as it concerns rape, domestic violence and child abuse.
He said: “The scale of men’s violence against women is enormous and its effect, demoralising. Men as grandfathers, fathers, brothers, sons, husbands and public advocates have a pivotal role to play in condemning all forms of violence against women, girls and boys.

“We firmly believe that the way forward is to continuously engage the male folk as well as the community as a whole. Community engagement is an essential part of working to prevent and respond to all forms of gender based violence.

“As men, we must stand up and speak in one voice, condemning these acts. No more would we condone or tolerate peadophiles, women beaters and rapists. It is inhumane and totally unacceptable to protect or even ignore such behaviour when we see it Ambode, while commending participants of the walk, urged them to remain ambassadors and flag bearers in the fight against domestic and sexual violence, adding “the   conversation must be sustained in our workplaces, religious institutions, residential areas, social media etc. If we all join hands and speak against this, we can truly make Lagos uncomfortable for perpetrators of these heinous crimes.”

The governor also commended the Lagos State Domestic and Sexual Violence Response Team (DSVRT), organisers of the walk, which simultaneously took place in FESTAC, just as he assured that his administration would continue to do more to ensure the rights and welfare of the most vulnerable in the State are adequately protected.

“I will like you to join hands with me to say no to rapists, say no to women beaters and wherever they are, we know that the task force that we have set up will swing into action once it receives any petition from any member of the society. We are looking for the first 11 scapegoats whether highly or lowly placed in the society. We say no to domestic violence and sexual abuse,”  the governor said.
Among celebrities who joined the walk include ace comedians, Alibaba, Teju Babyface, Omobaba and music artiste, Bez.

editor - November 29, 2020 2:05 am
4
BY SIMON KOLAWOLE In my previous article, I tried to remind us of what we have always known and talked about: that oil boom flatters... 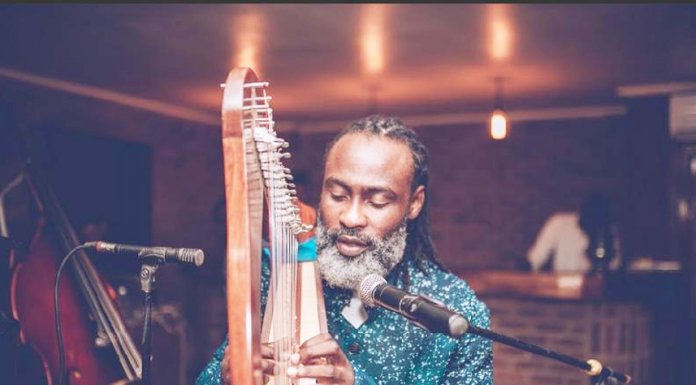 AfDB to Set Up Agro-finance Fund