Bayelsa State Governor, Mr. Seriake Dickson, wednesday maintained his strong opposition to the use of military force as the panacea to ending the prolonged crisis in the Niger Delta region which has almost halved Nigeria’s oil export since the beginning of this year.

Instead, Dickson who affirmed that the issues in the oil-rich area were essentially development-related, argued that purposeful engagement and consensus building would in the long-run resolve most of the lingering issues.

The federal government had recently begun the massive deployment of military personnel to most of the states in the region, ostensibly to quell the activities of militants that have consistently attacked oil and gas infrastructure in the area.

But Dickson who spoke in Yenagoa, the Bayelsa State capital, during a visit by officials of the United States Consulate in Nigeria, noted that direct confrontation with the youths and brutalisation of innocent residents of communities in the region would further worsen the problem.

The governor spoke just as the high-powered delegation from the US embassy led by the Deputy Chief of Mission, Mr. David Young, called for the transformation of the lives of the people of the region and indeed the entire country with the oil wealth available in Nigeria.
Young, who was accompanied by the Consul-General, Mr. John Bray and Chief of Political and Economic Section, Mr. Tom Hines, noted that dialogue remains the most enduring option to tackling the challenges in the region.

However, while thanking the US Government for their support over the years, Dickson explained that being the heart of the Delta, there was need to pay more attention to the state and avoid actions that would promote more violence.

“Let me again use this opportunity of your visit to call for caution especially in the light of ongoing military efforts and exercises. We feel that communities should be carried along.

“In view of the recent developments in the Niger Delta, let me restate our official policy , which is to promote and encourage dialogue among all stakeholders. We believe that the issues in the Niger Delta are not such that can be resolved by confrontation or show of military strength.
“They are not issues that can be resolved militarily. We believe that these are issues of the environment and development which ultimately will require all stakeholders to resolve.

“Every stakeholder, including friends of our country, should work together. They are not issues that call for force, militarisation or brutality of communities and their leaders.

“Working together honestly and sincerely and with a clear roadmap, these issues can be resolved to ensure prosperity and consensus building,” the governor maintained.

While calling for a greater partnership between the region and the US government, especially in the areas of security and the environment, Dickson decried the varying standards in dealing with environmental pollution in other climes and in the region.

“There’s room for improvement in our partnership. We are collaborating on security. This is the epicentre around which Niger Delta revolves. Here in Bayelsa State, you will see the contradictions that are associated with oil and gas exploration and the effect on the environment.

“And we should not forget the overall strategic need for consensus building. The issues of the environment, we are passionate about them and its a critical part of our heritage that is so endangered and we are so helpless.

“You will see more of it. The environment is our common heritage. I commend the Ogoni clean-up, no matter how belated and we hope it will be extended to other areas.

“This state is the most polluted in Nigeria. In this state, we experience a minimum of three spills everyday. So we renew our call for adherence to international standards of doing business.

“From our experience, its seems there are two standards, the Nigerian standard of protecting the environment, the Niger Delta standard and the international standard.

“What is going on here is environmental terrorism . It is unfortunate that some misguided young people who as a result of the economic situation, lack of education and over the years have no skills have been pushed to destroying the environment,” he lamented.

Earlier, Young had said this was his first visit to Bayelsa State, adding that he just arrived to his new posting in Nigeria last month.

“As senior US government officials, especially John Kerry, who most recently visite the country, have said, Nigeria is a very important and critical partner of the United States and the Niger Delta is a critical region as well within the country.

“So, we are very committed to engaging with and being involved with you in a very important and ongoing way,” he said.

He added that he and his team were in the state to learn about the views of stakeholders, senior officials, constituents and other people in the state to know about the challenges and opportunities in Bayelsa and the Niger Delta.

“The US feels very strongly that all stakeholders should be engaged in dialogue as part of a process to arrive at a fair and equitable solution for all involved.

“We believe that a major challenge for Nigeria is to transform the country’s oil wealth into improvement in the life of the average Deltan. And that is something we feel very strongly about.

“We encourage Nigerians to work for common goals to end violence and curb criminal activities, to establish conditions and mechanisms over time and provide economic services to Deltans and the people throughout the country,” Young said.

He reiterated that US officials in the country would continue to focus on promoting transparency, fiscal responsibility and providing funding for development and economic prosperity through a variety of programmes.

These programmes, he said, were in the areas of agriculture, education, public diplomacy, maritime security training, aviation training, health, treatment and prevention of HIV/AIDS and good governance. 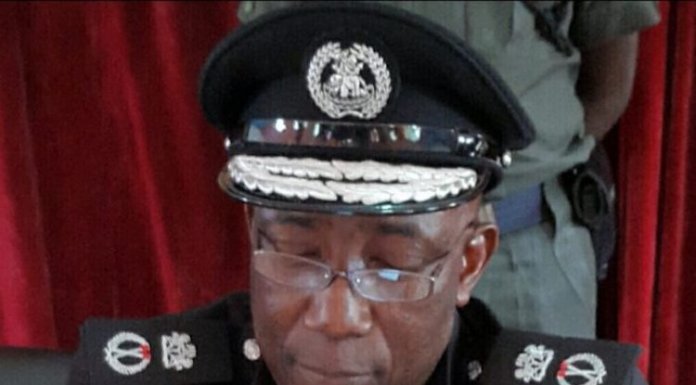