The Provost, Lagos State University College of Medicine (LASUCOM), Prof. Babatunde Solagberu, has appealed to academics to do more research that would make the relationship between the town and gown worthwhile.
Solagberu, who made this known recently while delivering the 53rd inaugural lecture of LASU titled ‘Of Broken Bones and Broken Dreams: a Bone Carpenter to the Rescue’, expressed concern over the paucity of ideas being experienced, saying that it is a reflection of the poverty in the system.
“Everything we are doing in the university will be of no value if we can’t make the society better. For instance, I treat bone and tendon diseases and I must have done research in that area.”

The Professor of Orthopaedics and Trauma Surgery also called on the government to be focused and increase the funding of the health and education sectors.
“There is a role for everybody including the non-governmental organisations; government is in a position to do a lot more and funding is administrative. Just recently, the governor commissioned a heliport and will still do a lot more. The state institutions producing and training students, 99 per cent of funding is coming from the government, I think more funding should be devoted to the system, we need to expand the facilities because they are overstretched.”
Asked what inspired the lecture topic, the don told journalists that it is to ensure that surgeons come together to help people avoid deformities and paralysis that could affect their dreams negatively, adding that plans are underway to establish a trauma society that can help others to reduce injuries and promote safety.
“The things that threaten the bones are basically things that will damage them and the highest is road traffic injury, broken bones may affect the person’s dreams but a lot of times, we can actually repair injuries. The fact that the bone is broken does not mean the person’s dream is broken, we the Orthopaedics surgeons can come to the rescue and that is what necessitated the title.”

The Vice-Chancellor of LASU, Prof. Olarenwaju Fagbohun described Solagberu as an astute academician, who displayed erudition in the way he delivered the lecture, saying that he used his research to proffer solution to societal problems.
“He focused on his research which he has done over the years and he believes that solutions must be proffered by all stakeholders including the academia, private sector and government particularly in the area of policy formulation to promoting safety.”
Fagbohun announced that the university will organise a two-day leadership programme for all student union leaders, aimed at ensuring that they know their responsibilities as leaders. “It is not about fighting and confrontation, what the world is saying is that you must engage and dialogue to discuss the issues and proffer solutions. They will understand that they are now leaders, they can’t afford to be pedestrian in nature.”

In another development, the provost has reacted to the recent protest by its students against the non-accreditation of one of the programmes; Dentistry, saying that the government has already approved the budget for the accreditation since August 12, but due process has to be followed before the college can access the fund.
The protesters, led by the Chairman, LASU Association of Dental Students, Mr. Sydon Agbor to the office of Governor, Akinwunmi Ambode, lamented that the students had spent eight years as against the stipulated six years due to the non-accreditation of the programme by the Medical and Dental Council of Nigeria (MDCN).
Agbor said the programme is paramount and that without its accreditation by the regulatory body, the final year students would not graduate.
Solagberu noted that the university is the only state-owned that runs dentistry programme in Nigeria because it is capital intensive. “There are processes based on law that has to be followed but the students want the process to be faster. We have assured them that we have their interest at heart.” 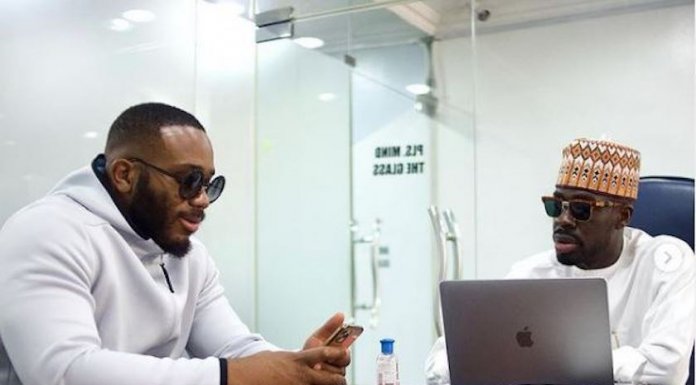