The Senate Leader, Senator Ali Ndume, at the weekend warned that improper handling of the malnutrition crisis in the North-East is capable of causing a larger war than the one being fought against the insurgents, Boko Haram.

Speaking in Abuja at a cocktail held as part of activities to mark the official launch of the Wife of the President, Mrs. Aisha Buhari’s, Get-Involved Initiative established to tackle malnutrition in war ravaged nort east, Ndume said that the crisis was getting worse.

He said: “The situation in Borno State particularly in the North East generally is very very serious. If we don’t do something concrete now on these children that are growing up malnourished, sick with hunger, poverty and malnutrition in Borno state, then we are going to have another war that is worse than the Boko Haram.

“So I want you to give the wife of the president all the support. As estimated, if we don’t do something, for sure more than 50,000 children are going to die of malnutrition.

“That is beside the people that are dying right now because of hunger in Borno State.”

He thanked Mrs Buhari for showing concern to the children and appealed to mothers everywhere to emulate what she was doing.

“And I want to call on you the wife of Mr. President to do more because what you have seen coming out of Bawa is a tip of the iceberg of what is happening in Borno state,” he stated

The Borno State Governor, Kashim Shetima said that the wife of the president took the challenge of the crisis in the area head on by mobilizing resources to solve the problem.

He said: “We cannot thank you enough. You deserve special commendation for your giant strides towards assisting the less endowed in our society.

“She has so far given thirty trucks of assorted commodities to our people. We want to call on other well-to-do Nigerians to come out to give their widows might to her cause.”

Speaking at the occasion, Mrs. Aisha Buhari said that she was saddened by the magnitude of malnutrition facing the country.
Noting that the magnitude of the problem can’t be solved by one stakeholder or group, she said that experts on nutrition have already articulated the current situation, the efforts being made and the future direction.

“This is the time for all of us to once again renew our intentions and commitments towards ending the problem of malnutrition facing our country.” She said

Mrs. Buhari also called on traditional/religious leaders, private sector, civil society and the media to be part of the Get-Involved Initiative.

The cocktail party was attended by many wives of state governors and cabinet members.

editor - August 14, 2020 1:32 am
0
By Akin Osuntokun (DIALOGUE WITH NIGERIA) Quite frankly the bad news is not that my good brother and friend, Obadiah Mailafia has been invited by... 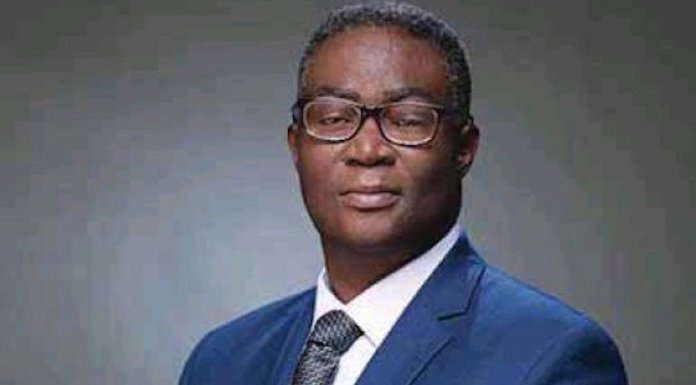