Iyobosa Uwugiaren and Tobi Soniyi in Abuja with agency report

President Muhammadu Buhari has reiterated the preparedness of the federal government to discuss the release of the Chibok girls kidnapped by the Boko Haram terror group since 2014, even as he expressed concern that his comments on the abducted schoolgirls have been politicised.

The News Agency of Nigeria (NAN) quoted the president as saying in an interview with journalists in Nairobi, Kenya, at the weekend, that government was ready to dialogue with bona fide leaders of the terror group who know the whereabouts of the girls.

He also encouraged the sect to choose a recognised non-governmental organisation (NGO) to act as an intermediary for the release of the girls, adding that Boko Haram could begin negotiations on a prisoner swap if it could provide evidence to the NGO that they had the girls.

“I have made a couple of comments on the Chibok girls and it seems to me that much of it has been politicised.

“What we said is that the government which, I preside over, is prepared to talk to bona fide leaders of Boko Haram.

“If they do not want to talk to us directly, let them pick an internationally recognised non-governmental organisation, convince them that they are holding the girls and that they want Nigeria to release a number of Boko Haram leaders in detention, which they are supposed to know.

“If they do it through the ‘modified leadership’ of Boko Haram and they talk with an internationally recognised NGO, then Nigeria will be prepared to discuss for their release,” he said.

Buhari, who spoke to the media on the margins of the sixth Tokyo International Conference on African Development (TICAD VI), however, warned that the federal government would not waste time and resources with “doubtful sources” claiming to know the whereabouts of the girls.

“We want those girls out and safe. The faster we can rescue them and hand them over to their parents, the better for us,” he said.

The president maintained that the terror group, which has pledged allegiance to ISIS, had been largely decimated by “gallant Nigerian soldiers” with the support of neighbouring Chad, Cameroun, Niger and Benin.

“Some of the information about the division in Boko Haram is already in the press and I have read in the papers about the conflict in their leadership.

“The person known in Nigeria as their leader, we understand was edged out and the Nigerian members of Boko Haram started turning themselves to the Nigerian military.

“We learnt that in an air strike by the Nigeria Air Force, he was wounded. Indeed their top hierarchy and lower cadre have a problem and we know these because when we came into power, they were holding 14 out of the 774 local governments in Nigeria. But now they are not holding any territory and they have split into small groups attacking soft targets,” he said.

On the militancy in the Niger Delta region, the president said the federal government was also open to dialogue to resolve all contending issues in the area.

“We do not believe that they (the militants) have announced a ceasefire. We are trying to understand them more – who are their leaders and which areas do they operate from and other relevant issues,” he said.

On the Nigerian economy, Buhari pledged to catapult the country into one of the most attractive and easiest places of doing business in the world by 2019.

Speaking at a plenary session on “Dialogue with the Private Sector” in Nairobi at the weekend, Buhari said his administration was implementing policies and measures to create the right and enabling environment for businesses and investors in Nigeria.

Nigeria is currently ranked 169 out of 189 countries by the World Bank in its Ease of Doing Business report for 2016.

In multiple statements ‎issued by his media aide, Mr. Garba Shehu, yesterday, the president told the session attended by several African leaders, Japan Prime Minister Shinzo Abe and international business executives that his administration’s vision was to make Nigeria one of the topmost investment destinations in the world within the shortest possible time.

“We believe government has a particular responsibility to create the right and attractive environment for businesses and economic activities to thrive.

“In furtherance of this vision, we have launched the Presidential Enabling Environment Council (PEEC) and Inter-ministerial Council to oversee the efforts of government to remove various bottlenecks that stifle businesses and economic activities, and thereby create economic activities and the right enabling environment and investment climate in Nigeria.

“The secretariat will include strong private sector representation that would be led by experienced business professionals from the private sector.

“We are committed to moving up the ranking of the World Bank’s Ease of Doing Business Index 20 places in the first year and be in the top 100 within the next three years,” the president said.

Buhari also assured foreign investors that their investments in Nigeria would be fully secured and protected.

Speaking at a bilateral meeting with the Japanese prime minister on the sidelines of the sixth TICAD summit, Buhari outlined several steps so far taken by his administration to secure the country and improve the business environment in Nigeria.

He told the Japanese leader that with the defeat of Boko Haram terrorists by the military, the attention of the administration was now focused on stopping the destruction of the country’s economic assets by militants in the Niger Delta.

He said the militants must dialogue with the federal government or be dealt with in the same way as Boko Haram.

“We are talking to some of their leaders. We will deal with them as we dealt with Boko Haram if they refuse to talk to us.

“As a government, we know our responsibility, which is to secure the environment. It is clear to us that lenders won’t fund projects in insecure environments.

“We realise that we have to secure the country before we can efficiently manage it,” the president said.

Buhari told the Japanese prime minister that security in the Gulf of Guinea, which is greatly affected by piracy in Nigerian territorial waters, is a priority for the federal government.

“We have provided funds to our navy to buy new platforms, train and effectively organise the personnel to protect the area. We are looking forward to support from developed nations for satellite surveillance covering the Gulf,” the president said.

Recalling his audience with G7 leaders in Germany, which was attended by the prime minister, Buhari thanked Japan for responding positively to the requests by Nigeria for the rehabilitation of victims of Boko Haram and rebuilding of infrastructure in the North-eastern part of the country.

The president however said there was still more to be done in the area of education, health care and other infrastructure to ensure the quick and voluntary return of displaced persons to their native communities.

On the United Nations Security Council reform, Buhari agreed to work with Japan on the reforms, stressing that the case for a permanent seat for Africa on the council was a moral one.

He equally expressed Nigeria’s support for Japan in its bid for a UN resolution on the problems in East China and South China as well as the “uncontrolled nuclear tests by North Korea”.

“The UN system is sufficient for the resolutions of all disputes and no nation should be above the United Nations.

“This has to be made absolutely clear and I assure the prime minister that I will meet as many leaders as possible at the forthcoming UN General Assembly concerning the issues,” he said.

He said Nigeria and Japan must work together to improve the investment climate, in view of the many Japanese companies wishing to invest in Nigeria.

He reaffirmed Japan’s commitment to rapid development in Nigeria through quality delivery of ongoing projects in the country, including the Jebba Hydro Power project and the Lagos rail project.

The president also promised to sustain concrete measures to diversify the economy by devoting more resources to agriculture in the 2017 budget, noting that African countries had a lot to learn from Japan on developing agriculture.

He said: “This year, in Nigeria, we started an aggressive farming programme that entails organising farmers into cooperatives in the second and third tier of government.

“We intend to put more resources in our 2017 budget, especially in the procurement of machinery for land clearing, fertiliser, pesticides and training of less-educated farmers, as farm extension instructors.

“We have already registered some success this year in a number of states, we identified some 13 states that will be self-sufficient in rice, wheat and grains before the end of 2018.

“We are very positive that soon we will be able to export these food products. We are also lucky that the farming season in the northern part of the country has been very good and we are expecting a bumper harvest this year.”

On his expectation from TICAD, Buhari said Japan’s story of rapid economic growth, hard work and advanced technology should encourage Africans to strive harder and solve its development challenges.

“Japan has greatly advanced in technology, particularly in solar power, and infrastructure to spur growth in medium and small-scale industries.

“Because of the advanced use of technology, farming and agriculture can become competitive.

“Japan has the knowledge, technology and capital to assist African countries to develop and Japanese firms are in a very good position to successfully compete for the development of infrastructure in Nigeria,” he said.

The president called for increased participation of the Japanese government and the private sector in the Nigerian economy. 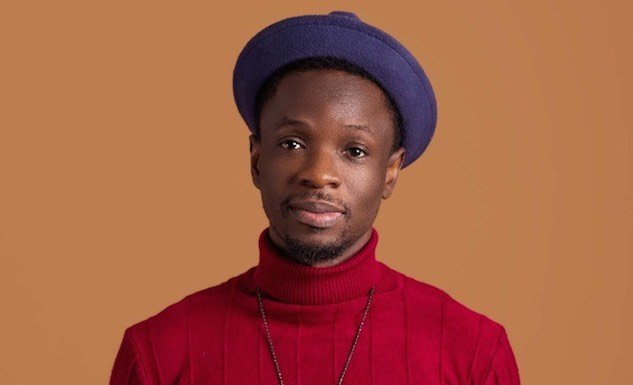