“In Nigeria, people drink mainly in groups outside the home, rather than at home, therefore on-trade accounts for the bulk of alcoholic drinks sales in the country. Beer is mostly consumed through pubs and bars, although the introduction of cans has helped to increase off-trade share,” reported Euromonitor, May 2016, before the event.

Not minding the security challenges in the country and the economic meltdown, beer manufacturers have not tottered in Nigeria. Research showed that 11 litres of beer are consumed per head of Nigerians and this is expanding the beer market at $2.7 billion (about N537.4 billion), therefore expansion of the market is also looming.

“All the big global brewers are in Nigeria and they don’t just bring in products made in other markets; they have set up shops here. They have invested in facilities and market infrastructure,” Corporate Relations Director and Company Secretary to the board of Guinness Nigeria Plc, Mr. Sesan Sobowale, told journalists.

Despite economic challenges that Nigeria is facing, Nigerians were rated to be drinking more bear, Heineken first quarter report showed in April 20 2016.

“Although the economy has witnessed bad times of late, the beer market, estimated at $2.7 billion, remains relatively resilient.

“Experts say that if properly harnessed, the sub-sector can drive industrialszation,” Chikodi Okereocha, a Nigerian journalist reported on February 22, 2016.

Media accounts in May, last year, the GTI Research Lead Analyst, Mr. Chuks Anyanwu, said, “One of the most important and under-appreciated changes in Nigeria is the growing size and strength of its consuming class.

“The success of companies in the brewery industry hinge largely on the existence of large markets, nonetheless, Nigeria’s rapidly expanding population provides a perfect platform for companies in this industry to flourish.”

The Heineken report said that Across Africa, Middle East and Eastern Europe, natural fused beer volume growth of 4.6 per cent was determined by increase in Nigeria and Ethiopia.

“Elsewhere in the region, volume was challenging and remains weak, with both affordability and lower tourism continuing to impact performance.

“Excluding Nigeria, volume would have been down organically for the region. In Nigeria, volume was flattered by an easy comparative given the election in the same period last year; cycling the forthcoming quarters will be more difficult,” Heineken report said.

Investigations, however, revealed that alcoholic drinks that included beer performed fairly well in Nigeria in 2015 due to economic crisis but was scrawny during 2014.

Against the Heineken Report of 2016, beer had not done very well in the country in the last 10 years, an executive report said in 2015.

The recession in the country which government once denied when many companies were pulling out of the country due to foreign exchange scarcity, moderately affected beer.

There are regions in the country where some beer products do not reach but that is certainly not the products of Nigerian Breweries Plc.

The Nigerian Breweries has the capacity to play a drive into the Nigeria’s economy especially now that the country is seeking ways for its economic diversification programme.

The company was confirmed to boast of the leading power and exposure, with an estimation of eight breweries situated diagonally in the country with a predictable yearly aptitude of 13.5 million hectoliters (mn hl).

Okereocha said, “Having evolved from purely bottling activities to a diversified industry involved in the production of canned drinks and the use of tetra pack, the sector accounted for 35.9 per cent of the growth in the industrial sector, which grew in 2014 by 6.41 per cent as against 0.87 per cent in 2013.”

It’s believed that the industry has about 50, 000 distribution channels in the country which comprise wholesalers, hotels and clubs with indirectly 586,000 jobs to boast about.

“The company’s operations also have a value added impact of N243b on Nigeria’s economy, which represents 0.65 per cent of the nation’s GDP. The beer industry is also a significant driver of tax revenues. In 2011 alone, N87 billion was paid directly and indirectly as taxes by Nigerian Breweries. This represented 4.02 per cent of Nigeria’s non-oil revenue,” said the source.

Aside the business impartation of beer to the economy, authorities said that it has some health benefits. Perhaps, this formed the behaviour at social gathering, where drinking of beer has become a culture that has spurred question when beer gained the culture status.

Professionals said that there are health benefits of beer when taken in modicum quantity. For instance, they said that a cold glass of beer (not all-night drinking sprees) helps proof the soluble fibre content, “which acts as a natural laxative and lowers cholesterol level.”

In some opinion, they have said that beer suppresses the appetite for food; in moderation, beer cuts cholesterol levels and prevents over eating.

They have also said that beer is full of B vitamins from the yeast; with unfiltered beer having high B3, B6 and folic acid (B9), which aids in colon cancer prevention.

They said that other benefits of moderate consumption of beer include lower risk of type 2 diabetes, is good for bone density, it can reduce the risk of heart disease, it has anti-microbial properties, helps manage blood pressure amongst others.

Odimegwu Onwumere is award-winning journalist based in Rivers State 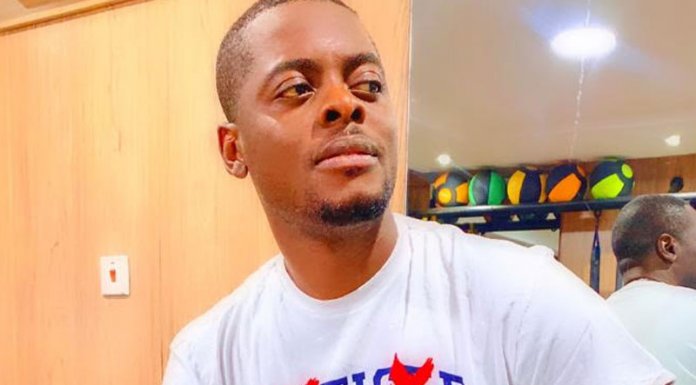 Animashaun Martini: How to Survive and Stay Relevant in the Entertainment Industry