Home Sport Siasia Appoints Mikel Dream Team Captain
Share
WhatsApp
Facebook
Twitter
Email
Google+
Pinterest
Linkedin
ReddIt
Print
Tumblr
Telegram
StumbleUpon
VK
Digg
LINE
Viber
*Under-23 squad to depart Atlanta for Rio today *Oshonaike is Flag Bearer for Team Nigeria
By Duro Ikhazuagbe
Dream Team VI Head Coach, Samson Siasia, insisted yesterday that Chelsea midfielder, John Mikel Obi was the natural choice to captain the Nigerian Under-23 team at the Olympic Games starting on Friday in Brazil.
Siasia who on Saturday announced the switching of arm band from Okechukwu Azubuike to Mikel, said that as the captain of the Super Eagles and also the captain of Team Nigeria to the Games, it was natural for the Chelsea player to lead the Dream Team VI.
“It’s just natural for me to pick Mikel as our captain. Aside the fact that he is the captain of the Super Eagles, he is also Team Nigeria captain, so after meeting with both of them and explaining my position, I am pleased to say Azubuike who has been our captain understood and was happy to hand over the captain’s band to Mikel.
“It is a thing of joy for my team to produce the first footballer to captain Team Nigeria to the Olympics. This, to me, is more than gratifying,” stressed Siasia who led Nigeria to the silver medal at the 2008 edition of the Games in Beijing, China.
The players unanimously accepted Mikel as their captain and expressed delight at the role he has been playing since he joined the team.
On his part, Mikel expressed joy at being made the captain of the Dream Team and said he sees it as an honour that must yield result in Brazil.
Meanwhile, the Nigeria Under-23 squad is scheduled to depart Atlanta, United States of America for Brazil today.
According to the Spokesman of the Nigeria Football Federation (NFF), Ademola Olajire, the earlier arrangement was for the team to depart for Brazil in batches due to difficulties in securing seats for team.
However, the NFF has now decided against that movement and is now thinking of either getting them to Brazil as a team or chartering a private plane to take the team directly to Manaus, venue of the first team’s first match against Japan on Friday. The match is scheduled for 2am Nigerian time.
Earlier yesterday, elegant table tennis star, Funke Oshonaike was also announced as flag bearer for Team Nigeria at the opening ceremony of  Rio2016 at the Maracana Stadium on Friday.
The stylish ping-pong player who would be competing in her sixth Olympic is also the assistant captain of Team Nigeria.
The Nigerian Table Tennis Federation is lucky to also have another player from its fold, Segun Toriola, entering history books as the first African athlete to feature in seven Olympic Games. 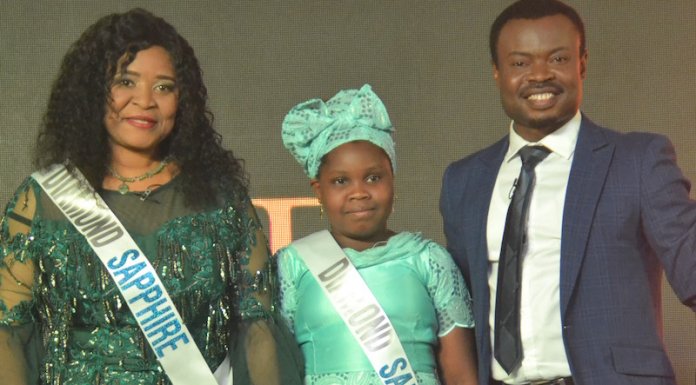 Daniel Ikechukwu: We are Committed to Serving the People

Ecobank to Partner Ogun on Agric, Others