Members of Kogi State House of Assembly have moved to resolve the crisis that has engulfed the legislature for more than six months, but what are the terms? Yekini Jimoh, in Lokoja, tries to find out

The crisis, which started in November last year, had led to the emergence of two factions among the members, namely, G15 led by the former Speaker, Hon. Momoh Jimoh Lawal, and G5 led by then factional Speaker, Hon. Imam Umar. The G15 are members of the Peoples Democratic Party, and G5 is made up of members of the All Progressives Congress, the same party as the governor, Yahaya Bello.

The disagreement among members of the Assembly deteriorated seriously and became the subject of multiple litigations in various courts. Things came to a head when the National Assembly took over the functions of the Kogi State House of Assembly, alluding to inability of the Assembly to carry out its responsibilities due to irreconcilable differences among members.

The situation also affected the administration of the state, with the National Assembly intervening to try to restore order. The federal legislature set up a committee to look into the crisis. In an effort to resolve the problem, the House of Representative made a resolution ordering the takeover of the legislative functions of the Assembly and sealing off of the Assembly complex.

But the state governor, Alhaji Yahaya Bello, sought judicial interpretation to the Assembly’s takeover by the National Assembly.

In an attempt to resolve the crisis, some eminent personalities and concerned indigenes of Kogi State intervened. Their aim was to ensure peace and restore normalcy in the House of Assembly.

The group known as Peace Ambassadors led by Mr. Oladele John Nihi, created a WhatsApp group where their mission, goals and modalities were set and agreed by all members. The group comprises party faithful from all the major political parties, legislative aides, members of the state executive, government appointees, all members of the Kogi State House of Assembly, and Kogites home and abroad.

A 10-man committee was set up to execute the peace process. Functions of the committee include embarking on a rigorous fact-finding mission on the history, cause (immediate and remote) effects, and conditions for settlement. The committee was to meet with the two factions in the Assembly and the governor to hear their sides of the story.

The committee was to meet the groups differently and, then, the two factions together. It was also to meet the governor again to synchronise the resolutions from the two Assembly groups and issue a communiqué, before, finally, meeting the governor and the entire members of Kogi State House of Assembly to seal the peace agreement.

The peace meetings in Lokoja took place from June 23 to June 25, while the one in Abuja was held on June 27.

The peace committee was able to attain its goal.

Some political stakeholders in the state who spoke with THISDAY commended the move by the concerned Kogi indigenes who took the initiative to bring peace to the state. According to them, the administration of Bello is too young to face the kind of crisis the Assembly problem portended.

Nihi told journalists that the crisis had degenerated to the level that the good image of the state was being tarnished. He said the youth of the state had to take the initiative to reconcile the warring Assembly factions because the elders were not forthcoming.

He said the youth were happy that all the warring factions were ready to work together for the progress of the state.

The governor, while speaking with the news men, said he believed there was no crisis in the Assembly, stressing that there is bound to be some misunderstanding. He expressed satisfaction that the members themselves had decided to forget their differences and come together.

He noted that they were all brothers and that what was happening between brothers.

“Like I said earlier, Kogi State has never been in crisis, as in any home there is bound to be misunderstanding. The house members have reached agreement to set aside their differences, to continue the business of legislation,” Bello said.

Spokesman man of the G15, Hon Mathew Kolawole, who spoke shortly after the reconciliation meeting, said the two factions had agreed on the template for the total reconciliation, saying there is nothing that is permanent.

Kolawole stated, “The governor has spoken to us as his people and we, the house members, have agreed on certain templates and I am very sure we will finished with our differences and the peace we have been looking for would return to the house.”

In a similar vein, the spokesperson of G5, Hon. Hassan Bewa, said they had been exchanging pleasantries the way they had not done in the last five months. He said the Assembly would be stronger than ever before.

It was at the end of the meetings, which lasted two days, that all sides agreed that when the Assembly reconvened after the Ramadan fast that ended recently, Lawal would resign as Speaker to make room for the election of a new Speaker of the Kogi State House of Assembly.

However, according to the source, the G-15 members disagreed with the PDP leaders and insisted that when they were facing the crisis in the Assembly, none of the party’s leaders came to their rescue. They stressed that as far they were concerned, the paramount issue was the restoration of peace to the Assembly so that the state could move forward.

THISDAY also gathered that Lawal and his group frankly told the Abuja PDP politicians that during the lingering crisis it was the APC that was assisting them. They said they had resolved to work together for the interest of the state, irrespective of party difference.

Lawal, a PDP member, formally resigned on Wednesday as Speaker of Kogi State House of Assembly. He was replaced by Imam of APC. Lawal submitted his resignation letter, dated 26 July 2016, to the Clerk of the House.

Deputy Speaker of the Assembly, Honourable Aliyu Aku, who presided over plenary that Wednesday, read the resignation letter at the sitting.

“I would have preferred to continue with the struggle for the entrenchment of democratic values, but the interest of Kogi State must always come before any personal consideration,” Lawal’s letter read. “Today, my resignation as speaker of this house was a difficult decision, but I do believe it is the right thing to do. This I am sure will bring joy to some and anger to others.”

The letter continued, “To those who believe in legislative democratic, I do understand your anger and frustrations. To my honourable colleagues who stood by me in the struggle to uphold the sanctity of the legislature, I thank you and will forever cherish your love and solidarity

“I want to urge us all to use my resignation to heal, not to hate, so that we can collectively move the state forward for a better tomorrow, a better Kogi State.”

Twenty two of the current 23 members of the 25-member Kogi State House of Assembly, who were in the sitting, elected Imam as the new Speaker.

“To you all, my distinguished honourable colleagues, I am very grateful,” he stated. “I thank you all, in particular, for your confidence, for your generosity and for your cooperation in embracing peace and coming together as one strong united family. I will at all times be mindful of these selflessness and credence.”

Imam continued, “I sincerely thank the immediate past Speaker of this honourable house, Rt. Hon. Momoh Jimoh Lawal, for his services. And, of course, the peace heroes from the peace committee of ‘The Parliamentarians’, they deserve my wholehearted appreciation.

“For all the various steps taken at mediating and resolving our conflict, and for ensuring that sacrifices were made and compromises reached to bring us to where we are today, I say thank you. I am happy that the state government has taken adequate steps to acknowledge and appreciate them for their hard work and sacrifices.

“My address will not be complete without special recognition and appreciation to His Excellency, Alhaji Yahaya Bello, the Executive Governor of Kogi State. Your Excellency, we thank you for giving heed to our calls to intervene in the crisis rocking the house, indeed, we are grateful. We remain indebted to His Excellency for keeping his promises of 3rd June 2016 to change the landscape of this Assembly into a truly legislative environment befitting our great state. Indeed, the spirit is high and the legislative environment is truly commendable.”

Imam said, “With humility, I accept to serve as the Speaker of this august Assembly. While soliciting for your understanding, support and cooperation, I pledge to serve to the best of my ability with fairness, accountability, transparency and able leadership.

“The doors to our offices shall at all times be opened to stakeholders for collaborative legislation in line with our constitutional responsibilities.”

With the return of the Assembly’s leadership to the governor’s party, and the consequent removal of a core source of friction between the executive and legislature since Bello’s assumption of office on January 27, many believe a new era of leadership may soon dawn in Kogi State.

What remains unclear, however, is what would become of the pending case at the Federal High Court, Abuja, instituted by the G15, where the court directed that the status quo should be maintained. Although, THISDAY learnt that as part of the peace deal, the PDP lawmakers had agreed to withdraw the suit. 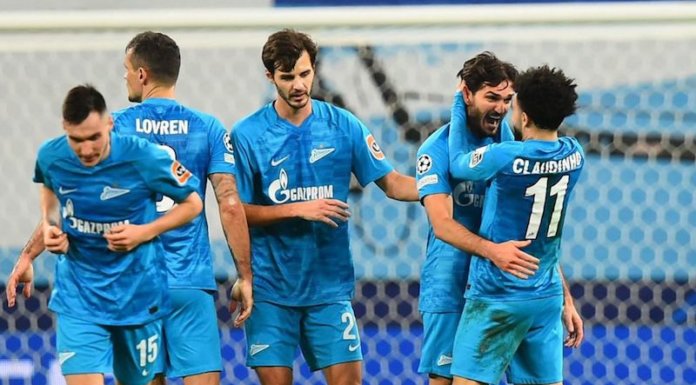