The Institute of Software Practitioners of Nigeria (ISPON) has raised the alarm that policy inconsistency in government circle would continue to retard Nigeria’s e-readiness growth, if the issue is not addressed.

President of ISPON, Olorogun James Emadoye, who made the remark when he led a team of ISPON executive on a courtesy visit to the Minister of Communications, Adebayo Shittu in Abuja recently, decried the rate at which the implementation of national policies that will boost economic development is being handled with kid glove.

Citing instances of gross neglect for implementation of national policies, Emadoye told the minister that on October 20th, 2006, the former Secretary to the Government of the Federation, Chief Ufot Ekaette, wrote a letter with Ref No SGF/OP/1/S.3/VII/795, to head of civil service commission, ministries department and agencies (MDAs) of government, on the need to patronise made in Nigeria products, including procurement of locally assembled computers and locally developed software. He said the letter directed all federal MDAs to comply with the directive, but lamented the situation where such directive was never implemented.

The ISPON boss also cited how the federal government had promised Software Nigeria a wing of the old federal secretariat in Ikoyi, Lagos, but never bothered to renovate the place and deploy the right facilities because of the weak implementation drive of government. He explained that the asset is currently bring wasting and it is said to have been sold/concession.
According to him, the wing of the federal secretariat would have been a mini version of Silicon Valley for Software Nigeria, where great software ideas would have been incubated and developed for national growth, if the federal government had deemed it fit to renovate and deplore the right facilities, after donating the place to software development.

Speaking about the challenges of ISPON, Emadoye said the institute is faced with inadequate software development fund; lack of protection and patronage for Nigerian software products and services; lack of clear national software policy/strategy, among others.

“Nigeria may be the largest economy in Africa but other small nations are strategisng for the future. Kenya Konza Technology City is a planned city with a target population of 250,000 inhabitants, being constructed 60km away from Nairobi, and I wonder why such could not be developed in Nigeria,” Emadoye said.
According to him, “It is in realisation of the above and in recognition of Ministry of Communication as the main government department charged with the development of Information Technology (IT) sector of which software development is a core part of it, that ISPON wishes to draw the attention of the minister to seek immediate implementation of the guidelines covering strategy, and policy for national software infrastructure, declaring software as a critical infrastructure for nations building and development; liaise with the Minister for Education to introduce computer programming and software in primary and secondary schools; liaise with Minister for Education to initiate immediate revision of Software /Computer Engineering courses for tertiary institutions; create software and future technology institute in Nigeria; and to revisit the 2006 circular on patronage of locally developed computer products and software products.

He said industry landscape for Software Nigeria is characterised by
rapid change driven by technological advances, platform disruptions, and broader adoption of IT, as well as the emergence of fragmented yet critical multi-nodal, multi-play actors in the ecosystem.
ISPON, he said had identified the need to create new inclusive relationships in public sector at all levels of governance as well as cross-sectoral stakeholder communities, and to accelerate and deepen its engagements to exercise the ecosystem and connect with as many of the players and institutions emerging in the environment.
For Nigeria’s prosperity beyond oil, IT holds significant opportunities and whichever way we look at it, software is strategic to that huge potential, Emadoye said.

Shocked by the revelation, the minister said the revelations were new to him, but urged the Emadoye to write proposals on specific requests for onward action from the ministry. He also advised ISPON to carry out some initiatives by herself as a means to an end in certain occasions.

He added that a section of the Abuja Technology Village could be converted to an IT Park for innovation and exhibition of software solutions.

President Emeritus, ISPON, Chris Uwaje, however pointed out that Abuja lacks the capacity to be the stronghold of software innovation, judging from figures obtained from a survey which showed 85 per cent of the IT industry operates in Lagos.

editor - March 2, 2021 3:03 am
4
BY REUBEN ABATI It is most unfortunate that the proposed appointment of new judges for Nigeria’s Court of Appeal has been controversial since the announcement... 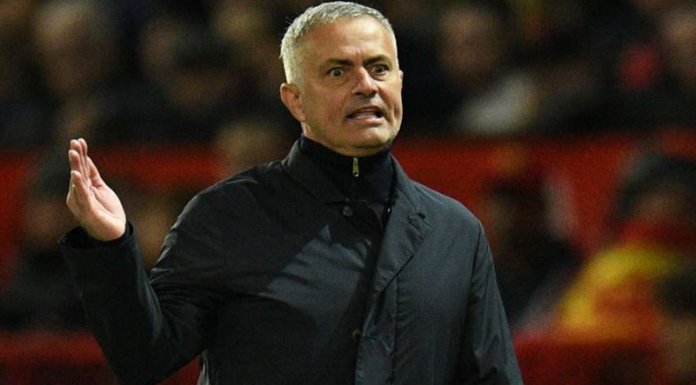