The Islamic Movement in Nigeria (IMN), also known as Shiite, has raised the alarm over the deteriorating health of its leader, Sheikh Ibraheem Zakzaky.

Zakzaky has been in detention since December last year at the headquarters of the Department of State Services (DSS), Abuja, following a clash between his followers and the Nigerian Army in Zaria, Kaduna state, leading to loss of many lives.

The IMN in a statement yesterday in Kaduna, expressed deep concern about the health of Zakzaky, saying he needs specialised medical treatment for his left eye which was allegedly damaged during his arrest.

According to the statement signed by the spokesman of the IMN, Ibrahim Musa, reports from close relations of the Islamic leader who visited him in detention indicated that his health had deteriorated further.

“This week, close relations of Sheikh Ibraheem Zakzaky visited him where the DSS claimed he was being held in ‘protective custody’ since December 14, 2015. His left eye is in dire need of specialised medical attention. The doctor assigned to the Sheikh has reportedly given up on getting it back to its normal state. His left arm where he sustained gunshot wounds is still demobilised and the wounds are yet to heal” the statement said.

Musa said it was in the interest of the Nigerian state and those holding him to release Zakzaky unconditionally to enable him attend to his heath.

He said the Nigerians and the international community were aware that “our leader has not been accused of committing any offence and has not been charged for one and has not been arraigned before any competent court of the land for the past eight months. We firmly believe it was Allah that has spared the life of our revered leader out of his mercy, even though those who wish him dead were averse to it” the statement said.

The statement declared that it was “the height of injustice to deny the Sheikh the best medical attention taking into consideration all that has been done to him, his family and millions of his followers. Of what benefit will it be to our nation if his health deteriorates beyond salvation?”

It maintained that “If at all the claim of the Counsel to the DSS in a Federal High Court in Abuja that the Sheikh is in ‘protective custody’ is to be believed, then attention to his health should be of paramount importance to whoever is holding him hostage.

“Even though a glimpse of the report of the Judicial Commission of inquiry submitted to Kaduna state government has indicted the Army for its brutality against the Sheikh and his followers in Zaria, the least expected from the government is his release to us for proper medical attention.

“Refusal to do this is an indication that the federal government has some ulterior motives and wants to keep him in custody and allow his health to deteriorate further.
“We would like to appeal to those that have the ears of this government, well-meaning Nigerians and the international community to insist on the unconditional release of our leader, Sheikh Ibraheem Zakzaky and all those detained with him in the aftermath of the Zaria carnage last December”, the statement added. 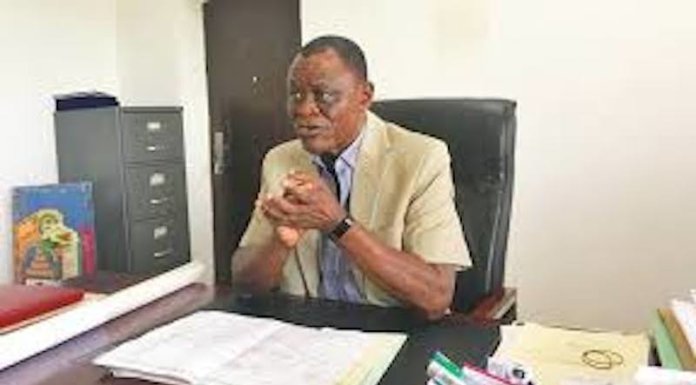