Nigerians have a completely different understanding of the proposed amendment to the 1999 constitution, which seeks to provide the presiding officers of the National Assembly with immunity and it is not a pleasant one, writes Shola Oyeyipo

In one of her works, a Chilean-American writer, Isabel Allende wrote: “What I fear most is power with impunity. I fear abuse of power, and the power to abuse.” But in Nigerian, impunity is an integral part of governance and the power game even as many people are either unconcerned or merely helpless about the situation, such that elected officials act as if they are lords over the electorate.

Nothing other than impunity would best describe what happened recently during a two-day retreat on the constitution review, organised by the Senate Ad Hoc Committee on Constitution Review, with the theme: ‘Towards Ensuring Governance Accountability in Nigerian Federalism’ where some senators and speakers of some state Houses of Assemblies proposed immunity for presiding officers of the legislature.

The argument put forward by the chairman, Senate Committee on Works, Senator Kabiru Gaya, was that granting immunity to presiding officers of the National Assembly would be a way to shield some public office holders against distractions in discharging their duties. His contention was that presiding officers in the legislature ought to enjoy immunity since the executive and judiciary enjoy it.

According to him, “There are three tiers of government and only two arms enjoy immunity. See what is happening to the President of the Senate now. We are not saying the case in court should be stopped but even yesterday we read in the papers that there is a fresh case of forgery of Senate Standing Rule against the presiding officers and some other persons and all is to destabilise us.”

For supporters of the Senate President and anti-federal government forces in the ongoing trial of the latter, the proposed immunity for some of the lawmakers is good, particularly for the President of the Senate, Dr. Bukola Saraki, who is being prosecuted for false and anticipatory assets declaration as well as alleged forgery and his deputy, Ike Ekweremadu, who may also have the forgery case against him dropped.

Aside Saraki and Ekweremadu, some other immediate beneficiaries of the proposal, which came in the form of a bill, would be Speaker of the House of Representatives, Yakubu Dogara and Deputy Speaker of the House, Yussuff Lasun. They all have a four-year tenure running till 2019, a period during which the National Assembly would have also concluded fresh amendments to the 1999 Constitution.

While the executive and the judiciary enjoy immunity whilst in office, presiding officers of legislative houses do not enjoy immunity from prosecution at the moment under the constitution. The concept of immunity entails that a person or an entity is protected from legal liability due to a special status. It is often bestowed on government officials and that confers on them, the powers not to be arrested while acting in the course of their duties until the expiration of their tenures of offices, even though such a privilege does not encourage impunity.

The Leader of the Senate, Ali Ndume, Minority Leader of the Senate, Godswill Akpabio and some other lawmakers were some of the first to throw their weights behind the proposal. But for Ndume, who is facing trial for allegedly sponsoring the Boko Haram sect, the immunity could be limited to civil offences committed by the officers while Akpabio on the other hand would prefer that such immunity is extended to all the lawmakers.

Reacting to the issue, Deputy Senate Leader, Bala Ibn N’Allah did not consider the proposal as an action taken in the best interest of the Nigerian people hence he feared that Nigerians might misconstrue the proposal for immunity for the legislature as a way of annexing excessive power.

For N’Allah, rather than extending immunity to the National Assembly, an action some consider as capable of giving safe havens to law breakers working to avoid being brought to book, it is better to remove the immunity clause from all arms of government,
“Let us remove immunity from everyone and let there be balance. If you give immunity to everybody, a legislator may rape a lady and wait to finish his tenure before being prosecuted because he has immunity,” he said.

As the debate continues, members of the House of Representatives were more emotional about the debate as the house broke into a rowdy session Tuesday as members stood in rage against the proposed immunity against prosecution for presiding officers of the National Assembly.

When the House Minority Leader, Mr. Leo Ogor, who is a Peoples Democratic Party (PDP) lawmaker from Delta State, introduced an amendment to Section 308 of the constitution to include presiding officers of the National Assembly among political office holders covered by the immunity clause, he said the legislature needed as much protection as the executive arm of government.

Though Ogor got the backing of the chairman, House Committee on Ethics and Privileges, Mr. Nicholas Ossai, who is also of the opinion that “The constitution as we have it today guarantees protection for the executive” adding that the lawmakers ought to include immunity for the National Assembly because legislators too need protection to work, stressing that “When you protect the legislature, you protect the people.”

But the argument did not go down well with the House Leader, Mr. Femi Gbajabiamila, who opposed the amendment on two grounds: the timing and the integrity of the National Assembly.
To the All Progressives Congress (APC) lawmaker from Surulere in Lagos State, the National Assembly is to serve the interest of Nigerians at all times and the mood of the people at this material time is not in support of immunity for National Assembly presiding officers.

“Nigerians do not support this bill because of the timing. The assumption will be that we are making this amendment because of what is happening in the Senate.”
Though Speaker Dogara attempted to end the debate by referring the bill to the Ad hoc Committee on Constitution Review, it was Gbajabiamila’s intervention that sparked the rowdiness with a majority of members showing that they wanted the bill thrown out outright.

While feelers from the National Assembly indicate that members of the lower chamber are ready to kill the bill, there are also indications that Nigerians are not favourably disposed to the proposed amendment. Polls conducted on various platforms showed a very wide margin of over 90 per cent between those against the bill and those for it. In a similar vein, human rights lawyer, Femi Falana (SAN) and elder statesman, Chief Niyi Akintola have strongly condemned the proposed life pension and immunity for National Assembly leaders.

According to Falana, “The proposal to confer immunity on legislators is provocative, to say the least. No serious nation can grant immunity to legislators who have been linked with criminal diversion of public funds, forgery and rape.
“We can assure the concerned members of the public that the satanic proposals of the legislators will not succeed. It is pertinent to inform the legislators that the members of the human rights community have resolved to mobilise the Nigerian people to reject both proposals.”

Another constitutional lawyer and former National Secretary, Labour Party (LP), Mr. Kayode Ajulo, who also disagrees with the bill feels that Nigerians are not effectively using some democratic instruments in calling holders of elective offices to order in Nigeria.

“We need to appreciate the nature of the immunity we have in Nigeria. It is when we understand the nature that we will know whether our legislators deserve the new immunity they’re pushing for. Legally speaking, by the extant provision of our constitution, there is no absolute immunity in Nigeria.

“The letter and the spirit of Section 308 is to the effect that as a President, Vice-President, Governor and Deputy-Governor, you are entitled to immunity so long that you stay true to your oaths of office and free of any misconduct as prescribed by our law.

“Once any of them steps out of the line, the constitution prescribes how they are to be dealt with, starting with impeachment procedures, which itself is a disciplinary measures and or procedures.

“Whereas the legislators have their duties and functions spelt out by the Constitution and nothing therein makes them a sovereign and chief executive officers of the government. They are not sovereign. Immunity must be inherent to the duties and functions of their offices. What the legislators enjoy at the moment is in tandem with their functions as lawmakers that is the parliamentary immunity that safeguards their conduct in the hallowed chambers.

“Any attempt to widen the scope of such immunity would be invitation to chaos, anarchy, that itself will be unconstitutional as it would erode the doctrine of checks and balances and the basic functions of the three organs of government. It is within the hallowed chambers that they can have their immunity, because while the president and governors could be removed through impeachment when they err, which process are we to use against any legislator that errs?

“Mind you, the agitation for the total removal of immunity is stronger than before due to abuse of the clause and it can’t be now that some are asking that such be extended to them. In a nutshell, immunity for lawmakers is inherently unacceptable. It is impracticable. It is self-serving. It means they are up to something…something criminal,” he argued.

The debate is still ongoing among the antagonists and proponents of the proposed bill. But the truth is that the common man, whose voice is unheard in the hallowed chambers, is questioning the rationale behind the lawmakers making laws for what is otherwise believed to have ulterior motives while the people continue to suffer at a time the entire machinery of government is both clueless and directionless.

Quote
Mind you, the agitation for the total removal of immunity is stronger than before due to abuse of the clause and it can’t be now that some are asking that such be extended to them. In a nutshell, immunity for lawmakers is inherently unacceptable. It is impracticable. It is self-serving. It means they are up to something…something criminal,” he argued 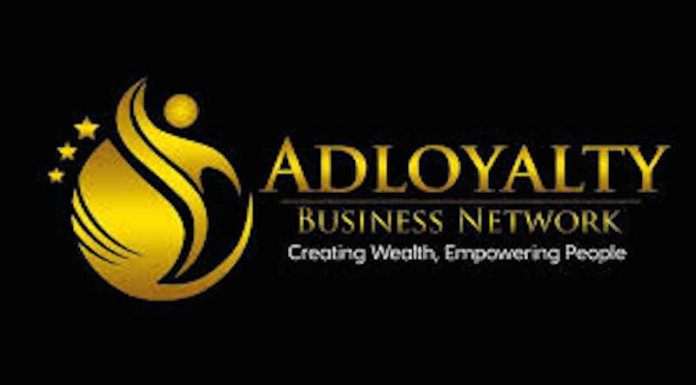 Akwa Utd Banking on Ndifreke’s magic against Enyimba in Aba