The rivalry between the Senate leadership and the presidency is needless and not in the nation’s interest, writes Akintoba Fatigun

The Muhammadu Buhari presidency is getting increasingly bold and barefaced in its determination to remove Senate President Bukola Saraki and his deputy, Ike Ekweremadu. This should worry every Nigerian hopeful to see a democratic society.

Let me explain in case you do not yet get the point. On two occasions, the Senate had invited the Attorney General of the Federal, Mr. Abubakar Malami to appear before its committee on Judiciary, Human Rights and Legal Matters. This invitation was predicated on the Senate’s resolution that the nation’s chief law officer should explain the rationale for his office’s prosecution of Saraki and Ekweremadu, and two others for the alleged forgery of the Senate Standing Order 2015.

Malami chose not to turn up for any of the invitations. But on the second occasion, which was on Wednesday of last week, the minister, possibly feeling generous and gratuitous towards the Senate, decided to send a representative. And who did he send? Special Assistant to President Muhammadu Buhari on Prosecution, Mr. Okoi Obono-Obla!
While the Presidency has denied its involvement in the unceasing persecution of the senate president, you would ask yourself why Buhari’s assistant on prosecution (whatever that office means) was detailed to represent the AGF. Was this representation due to the dearth of competent personnel in the ministry or a flagrant exhibition of the emasculating muscles of the federal government?

It appears Buhari’s government is actually weary of its own denial of complicity in what looks like the determination to terminate the tenure of the senate leadership by any means, after all the administration has gradually attained the status of a benevolent dictatorship.

Think about the attempt to impose principal officers on the National Assembly, (which it eventually succeeded with at the lower chambers), the unrepentant alienation of virtually all the brains, who slaved to bring Buhari’s lifetime ambition of becoming President to pass, the serial silence of everyone who has had the audacity to speak against the president even in his days as an aspirant for office, think the dare of appointments that have continued to spur already abating ethnic emotions all over the country.

This president seems ready to confront it and dismiss all those halfhearted denials on the Saraki trial that we have heard until recently. How else do you describe the haughty posturing of Secretary to the Government of the Federation, David Babachir Lawal, who recently came to ventilate on dark desire of the administration to get leadership of the National Assembly out of office.

Unwittingly confirming himself as a prominent honcho in the cabal which the senate leadership alleged had hijacked the Buhari administration, Babachir Lawal in a statement, personally signed by him, trampled on a mandate not within his grabs, when he suggested that Saraki and Ekweremadu should resign their positions in the pendency of their trial.

Here, the SGF spoke like he was not just a member of the red chambers but like someone who had the mandate of the majority of his imaginary colleagues to ask for a change in the leadership of the senate. But then, he expressed a stillborn desire of his cohorts in the presidential kitchen cabinet. Like an incurable evil missioner caught in involuntary sleepwalking, Lawal babble chatted into revealing the blackness in the hearts of those who machinated the travails of Saraki starting with the comedy that they put together at the Code of Conduct Tribunal and the latest hatchment.

The SGF would have been within the limits of his command, (if he had any qualification to speak on the matter, given that he is neither presidential spokesperson nor minister of information) if he restricted his intervention to the denial of allegations that a cabal existed within the government, but he went on to suggest the resignation of the two most senior men at the senate!

The question to ask the SGF and the government he serves therefore is: “what do you stand to benefit from the resignation of Saraki and Ekweremadu. Isn’t this slip enough to give the presidency away as the voice from inside the masquerade’s cloak?

He took the ridiculousness of the position further when he compared the contrived charges against these two men with the certificate forgery claims made by Mr. Salisu Buhari, which placed him in a position to aspire and gain the office of Speaker House of Representatives in 1999. Were the SGF properly educated in the facts of the analogy he drew, he would know that comparing these two cases is equal to trying to convince people that sleep is the same thing as death!

While Buhari told lies that elevated him to a post for which he had no prerequisite ab initio, the two men currently being persecuted are eminently qualified for their offices. More than that, the offence for which they are accused can be said to be no offence at all, at least not one that should concern an Attorney General, who is not out for a hatchet job. In addition to that, none of them stood in position to have committed this office at the time it was allegedly perpetrated. They were only two in the number of senators elected then.

Further revelations has shown that there has not been a time, at least since the return to democratic governance in 1999, that the procedures for the election of principal officials of the National Assembly has been the interest of senators themselves not to talk about busybodies like we currently have in the executive.

Statements made to the police and leaked to newspapers recently quoted the deputy clerk of the National Assembly, Benedict Efeturi as informing that: “The leadership of the National Assembly of the 7th Senate ordered the 2015 Standing Rules as amended by their convention and practice. (He stated) that the Senate Standing Orders 2003, 2007 and 2011 followed the same procedure as that of 2015. He emphasised that in the Parliament, amendment of the Standing Orders is by practice not necessarily by procedure.”

What is most worrisome however is the effect of the scuffle between the presidency and the National Assembly on the ordinary Nigeria. Taking from that popular saying that when two elephants fight, the grass suffers, the disconcertment between these two arms of government has had telling effects on governance in the past one year. An unambiguous testament of this is the controversy that surrounded the passage of the 2016 appropriation bill. Aside that, 13 months after Buhari took over government, there has been no significant evidence of executive/legislative collaboration on behalf of the people of Nigeria.

In all of these, however, there are two things that the president and his advisers must remember at all times. The first is that, at the end of the day, when Nigerians speak about the presidential term 2015-2019, the name that will be mentioned – good or bad – is Muhamamdu Buhari. The man should remember the implacable nature of history and embark on what is good by the people of Nigeria now and stop the victimisation of everyone who does not speak his political language.

The second, which is a corollary of the first is that this administration will make very little or no progress unless it allows the National Assembly to fulfill its constitutional duties. Now, more than ever before, members of the National Assembly are protective of their independence and no matter what this administration does, there is an impenetrability of the National Assembly that would not only frustrate the administration but lead the president into a place, where after four years, he would look back and find no achievement to point to other than the defeat he will suffer in its labour to adjoin another independent arm of government to itself. It would a deplorable reality for a government that promised to change the lives of the people!

Quote
In all of these, however, there are two things that the president and his advisers must remember at all times. The first is that, at the end of the day, when Nigerians speak about the presidential term 2015-2019, the name that will be mentioned – good or bad – is Muhamamdu Buhari. The man should remember the implacable nature of history and embark on what is good by the people of Nigeria now and stop the victimisation of everyone who does not speak his political language 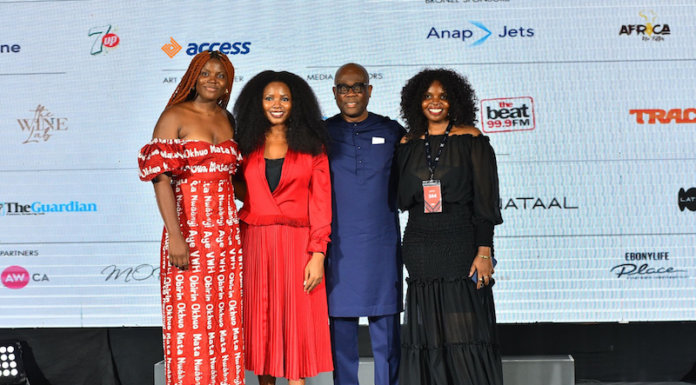