The incoming Secretary General of the Organisation of Petroleum Exporting Countries (OPEC), Mr. Mohammed Barkindo confirmed on Tuesday that the federal government was in talks with militants in the oil-rich region, adding that he had been told Nigeria’s oil production is beginning to rise.

Barkindo’s statement confirmed THISDAY’s exclusive report yesterday that the federal government was in talks with militants in the Niger Delta and had reached a deal on a 30-day ceasefire to give President Muhammadu Buhari time to work out a comprehensive plan for the region.

His statement also came on the heels of recent data which showed that despite recent attacks on oil and gas facilities by the Niger Delta militants, Nigeria kept exporting crude oil at a largely steady pace of 1.8 million barrels per day in the month of May, though below historical levels.

However, despite the rise in crude oil production, power generation has remained abysmally low, hovering below 2,000MW, according to a data from the Transmission Company of Nigeria (TCN).
Data from maritime intelligence firm, Windward and Thomson Reuters showed that the drop in Nigeria’s exports from April to May was actually far smaller than most in the market had expected in view of the attacks, which curbed production.
Windward tracks all exports coming from Nigeria, including crude oil, condensates and ship-to-ship transfers; so its figures are nearly always higher than estimates of crude oil production alone.

An accident on the terminal exporting ExxonMobil’s Qua Iboe, its largest oil stream, further knocked production and led the International Energy Agency (IEA) to declare May production at 30-year lows of 1.37 million bpd.
But Windward showed May exports dropping by just 62,000 barrels per day (bpd) from April, with exports still reaching 1.89 million bpd.

Windward tracks all exports coming from Nigeria and its figures indicate that Nigeria exported between 300,000-500,0000 bpd more than what OPEC and other agencies thought it had produced in May.
The figures are significant, particularly as THISDAY had exclusively reported a 30-day ceasefire with militants yesterday that could forestall further attacks on oil sites, though one of the militant groups in the regions – Niger Delta Avengers – denied the ceasefire through a Twitter post.

Reuters data showed total exports in May at roughly 1.67 million bpd, down from 1.77 million bpd in April, and also a rise in exports of grades including Bonga, Agbami, Antan, Amenam, Okwori that helped to offset the losses.
The figures remain substantially below the close to 2 million bpd Nigeria has exported in the best of times.
Still, they suggest that many industry observers, for example the “secondary sources” polled by OPEC that pegged Nigeria’s May production at around 1.4 million bpd, were overly pessimistic about its ability to keep pumping.

Trade sources noted that some of the oil could have come from crude stored at export terminals and on ships offshore.
But these volumes are not typically substantial in Nigeria, and most traders noted that oil kept flowing from streams that had been repeatedly attacked, including Bonny Light and Brass River, while the Qua Iboe outage was shorter-lived than expected.

According to Windward data, 22 million barrels exported in the last 10 days of May pushed exports closer to par with April.
Speaking after a meeting with President Muhammadu Buhari and the Minister of State for Petroleum, Dr. Ibe Kachikwu, the incoming OPEC secretary general confirmed that the federal government was trying to resolve militancy in the Niger Delta through negotiations, but did not elaborate.

He also advised the federal government to adopt the carrot and stick approach in handling Niger Delta militants.
Barkindo, who attributed his emergence as OPEC scribe to the forthrightness and integrity of the president, spoke with State House correspondents after a brief meeting with the president in Abuja yesterday.
Barkindo said Buhari had been able to positively reposition the nation’s image among the comity of nation.
He said he came to know of the workability of the carrot and stick option based on his experience.
The incoming OPEC secretary general was a former Group Managing Director of the Nigerian National Petroleum Corporation (NNPC).

Barkindo said: “For me based on my own experience here, the option of carrot and stick, as they call it, I think is the way forward.
“Government, I understand is negotiating, discussing and we are beginning to see positive results. So I don’t think it will be proper to preempt these discussions that are being handled by Dr. Kachukwu.
“But I remain confident that through these negotiations, stable and permanent solutions will be found to this problem because the Niger Delta region is a very important part of our country and whatever we can do to address the challenges of development I think is the way forward.

“I have been told that production is beginning to rise again. So for us in OPEC, this is the first thing we look at. How much is a member country producing? When we saw that production was falling in Nigeria as a result of recent challenges, the international community, the market also took note of that.
“But now I think things are beginning to come back to normalcy and I have seen some of your reports that are also very positive.”

On how he eventually emerged as the new OPEC scribe, Barkindo said “This is not the first time that our country has attempted to secure this position. This time around, seven countries including our good selves, stepped forward in the ring and out of the seven, four of them are actually founding members of OPEC.

“We have certain classification of membership. We have founding members and they are five of them that met in Baghdad, Iraq on 1st of September 1960 to give birth to this organisation. So they occupy a special status in the organisation.
“Four of them contested with us bringing the total number to seven. But because the tremendous amount of respect and goodwill that our president has internationally, has made it possible for us to scale through because all the six stepped down for us at the end of the day.

“It is not just Nigeria they took into cognisance, the integrity and status of Mr. President that anybody that he will put his stamp of authority and endorse should be considered and should be given a chance.”
The OPEC scribe also commended Kachikwu for deploying his persuasive skills while campaigning for his election.
On Kachikwu, Barkindo said: “I am extremely impressed with the way and manner he carried out this special assignment given to him by Mr. President.

“He has established himself in the OPEC circle within a very short period of time. He is highly respected. Being a lawyer I think also helped. He has very strong persuasive skills and he campaigned day and night.
“I just mentioned to Mr. President that you can’t have a better campaign manager than Dr. Ibe Kachukwu, who has turned himself to a real diplomat in addition to being a technocrat.
“So I think he should also be celebrated.”

Barkindo further disclosed that he would be the third Nigerian to occupy the position. According to him, his predecessors were Michael Fidele and Rilwan Lukman, who are both late.
However, despite the improvement in crude oil exports, power generation has remained low due to the disruption of gas supply to power generating plants as a result of militant attacks.
While generation yesterday averaged 1,114MW nationwide, it was worse on Monday as Eko Electricity Distribution Company got 80MW, representing 5.8 per cent of total generation.

Yesterday, Eko Disco was allocated 122MW out of the 1,114MW on the grid.
But official data from the TCN showed that generation as at 6 am yesterday was 1,726.60MW.
On Monday, the lowest generation was 1,344.4MW, according to the official report, while the peak generation was 2,095.9MW. 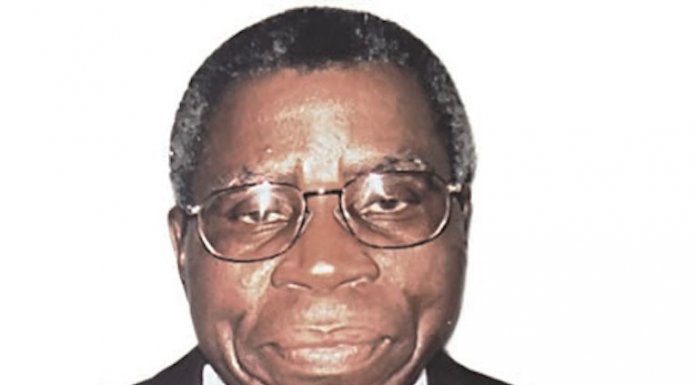 Open letter to DSTV/Mnet/SuperSport: BBN Success and a Different Take on Domestic Sports

Court Adjourns Trial of Ize-Iyamu, Four Others to January 14