With ever-increasing population and road traffic gridlock, ferry transport services appear to be in high demand in Lagos State. While both federal and state agencies have issued new guidelines on safety to operators to ensure safety of life at sea, their adherence to these regulations leaves much to be desired, writes Francis Ugwoke

The state of the water transportation industry is one currently enjoying high demand in Lagos State despite the risks involved. In the state, many would wish to drop their cars or avoid road transport to get to their workplaces each morning. For those, who work in Apapa, Lagos Island and Ikorodu, ferry services would do them a lot of good. Depending on where one lives, going to these places characterised by perennial traffic gridlock, ferry services would be better. It will save a lot of time wasted on the road and the risk factor involved. It will also save passengers some high fares spent on buses or taxis as the case may be. For those who live in Badagry or along the Badagry Expressway, like Trade fair, Satellite town, Okokomaiko, Festac Town down to Mile 2, and work on the Lagos Island, Ikorodu or Apapa, the best transportation option is definitely ferry. This is the same for residents of Ikorodu and environs or anywhere near the water where ferry or boat services could be deployed.

But over the years, the situation has been one of complete lack of reliable ferry services in these places. Although, there is a high demand, those operating the services, mainly private investors cannot meet up. Even where there are such services, the passengers are at risk because of the disorderliness of the operators and their non-adherence to safety standards. It is only in cases where the National Inland Waterways Authority (NIWA) and Lagos State Waterways Authority (LASWA) enforce strict standards that one can be sure of some level of orderliness and safety regulations.

In many riverine communities, particularly the Niger Delta, some parts of the North, boat or ferry services have remained major means of transportation. But in these places, safety measures are not at best for the operators who are mainly drawn from the private sector. In most cases, the boats used in these areas are rickety, not seaworthy and therefore very risky for passengers. Despite this risk, the passengers are left with no choice than to use them. There are even many cases where live-jackets are not offered to passengers not to talk of the state of health of the boat. This explains why from time to time, accidents occur and so many people lose their lives. Between last year and this year, no fewer than 20 persons were believed to have lost their lives in various boat mishaps that occurred in Jigawa and Lagos. The issue has always been capsizing of boats in which passengers are thrown overboard.

The passengers who lost their lives were not provided with safety gadgets as they boarded the ferries. At Mile 2, Ikorodu, CMS Lagos Island, Apapa and other parts of Lagos, boat transportation is also in high demand apparently because of the high population of workers . At some points in Lagos, safety regulations are being observed. For instance, ferry services at designated official places run by any government agency and accredited operators usually give passengers information on safety. The passengers are also given life jackets. However, what one cannot guarantee is the sea worthiness of the boats being deployed for this service.

To ensure that boats are safe for passengers, both federal government and Lagos state government have been collaborating . They do this through their two agencies, the National Inland Waterways Authority (NIWA) and Lagos State Waterways Authority (LASWA). The two had had conflicting roles but now resolved. Worried about boat mishaps in Lagos for instance, LASWA had introduced strident regulations which ferry operators must meet as they go into the business. Yet, the smaller ones, it was gathered have continued to flout the rules. For instance, in Badagry, Ibeshe – Ikorodu, Kirikiri and port areas, many of these boats operate without live jackets in an open boat. While many of the operators have been arrested as LASWA official told THISDAY last week, it was gathered that this has not stopped them from committing the same offence. An official of LASWA, who did not want to be quoted, said the agency has often advised passengers not to patronise any ferry service provider that does not offer them safety gadgets as they are boarding any of their ferries. “We have always cautioned against passengers patronising any boat without live jacket.

Any passenger doing so is at his own risk”, he said. But despite the warning, many passengers especially those not going to far places still patronise operators that do not offer them safety gadgets. Specifically, the management of LASWA had early this year summoned all the boat operators to an emergency meeting. This was following increasing boat mishaps attributed to contravention of safety regulations by the operators. The Managing Director of LASWA, Abisola Kamson, had during the meeting stressed the need for strict compliance with safety standards by all boat operators in the state.

She said: “Despite efforts by the state government to enforce the safety standards on the waterways, some boat operators still flout the rules and regulations thereby putting the lives of innocent citizens at risk.”

About a month ago, both NIWA and LASWA had issued guidelines, specifying a minimum of 30- passenger capacity commercial boats on Lagos waterways.

NIWA’s Area Manager, Alhaji Mu’azu Sambo, and Kamson said all commercial boats must be fitted with two engines and a functional speedometer. According to them, any commercial boat must have minimum internal dimension of 7.3m length, 2.2m width, 0.6m distance between seats and double hull and bottom design, apparently as required by the International Maritime Organisation (IMO). This requirement which also applies to indigenous ship-owners involved in affreightment of petroleum products within the territorial waters is yet to be met. Part of the regulations by NIWA and LASWA include navigational aids, cabin lighting systems, life jackets, fire extinguishers, paddle, life buoys, shore to sea communication gadgets, key starter and alarm systems for all commercial boats. The guidelines stipulate four minimum emergency exits, toilet and waste treatment facilities for bigger boats. Other requirements include adherence to a speed limit of 6 knots around jetties and a maximum of 15 knots as service speed and provision manifest of passengers on board.

The agencies also directed that boat operators must submit comprehensive insurance cover every year. The agencies which demanded that boat drivers must be certified for competence said they will carry out a bi-annual inspection for standards. Sambo said, “We cannot continue to fold our hands and not uplift our standards, otherwise we will remain behind. Our priority is to ensure safety on waterways”

However, he explained that the guideline was not intended to force small operators out of business but for safety of the passengers, adding that the nation has lost many people in boat mishaps.

As part of the efforts for safety, the Lagos State Governor, Akinwunmi Ambode, recently said his administration was committed to channelisation of designated routes on waterways in order to aid commercial activities. Ambode said this measure will end all “interference and risks posed by loggers, dredgers and fishermen”, to commercial boat operations. “We are trying to improve on the quality and safety of water transportation in Lagos State so as to encourage more people to use water transport. The government is doing a lot to improve on water infrastructure,’’he added.

The Lagos State Commissioner for Transportation, Dayo Mobereola, had explained that the state government was interested in “safe, secure, accessible and affordable transport systems.’’

In order to boost water transport, the Transportation Minister, Rotimi Amaechi, said recently that the federal government would partner the Lagos State Government on improving water transportation in the state. The Minister said the state government needed to embrace water transportation in the face of gridlocks in the state, adding that roads alone could not address the needs of the people. The minister said the National Transport Commission and the Nigerian Railway Corporation bills have been forwarded to the National Assembly, noting that when passed, they will enhance regulation and open opportunities for private sector investment in transport infrastructure.

In a bid to improve on the demand for ferry services for Lagos State, NIWA, recently took delivery of two 47-seater water buses in Lagos for ferry services that will take care of the transport needs of residents in Trade Fair, Satellite and FESTAC Towns, and Mile 2.

Sambo explained that water buses would ease the difficult transport situations, which many Lagosians suffer while going to their businesses. He said the target were mass passengers resident in Trade fair, Satellite town, Okokomaiko, Festac down to Mile 2. “If we deploy these buses on the Ijegun, Mile 2, CMS route, we are hopeful it will ameliorate the travelling situation of Lagosians living in those environs.” 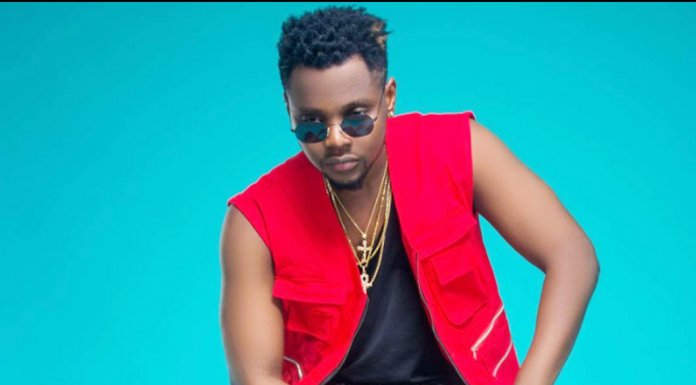