Emmanuel Addeh in Yenagoa
A  Niger Delta activist and Coordinator, Concerned Niger Delta Leaders, Chief Mike Loyibo, on Tuesday blamed part of the current crisis in the Niger Delta on the excessive pampering of ex-militants to the detriment of the hardworking youths of the region.

Loyibo, who spoke in Tuomo, near Bayelsa State, during an empowerment programme, which he organised, described the action of the groups destroying the country’s critical assets as acts of sabotage and criminality against the Nigerian state and the Niger Delta.
“It (the crisis) is a result of how the previous administration was petting militants. Sometimes, these boys feel like they are the vice-president of Nigeria. The military and other security agencies are at their beck and call, like a General is coming.

“When you show bad example that it pays to carry guns more than those who soaked garri to go to school, then there is a problem. You are showing people that education doesn’t pay, but guns do,’’ he said.
He disclosed that the leaders and elders in the region were sad about the activities of the ex-militants and called for a long-lasting solution to the lingering crisis.
“As elders and leaders, we have spoken against the Avengers and other economic criminals. If you have genuine reasons, you don’t need to break pipelines.

“However, though Nigeria is one, but the Niger Delta also needs to be developed, because it is critical to the country. Without the Niger Delta, Nigeria cannot operate smoothly.
“The leaders we have produced have been self-centred, they have refused to even develop the area, and I am not talking about Hausas, even our people,’’ he argued.

While urging the dissident groups in the region to sheathe their swords and engage in negotiations with the federal government, he called on the government to continue the amnesty programme in the interest of peace.
“The promises that followed the amnesty have not been fulfilled. Until they fulfil the agreements, the amnesty cannot end,’’ he said.

He acknowledged that the derivation funds accruing to the Niger Delta have not been efficiently spent, but added that the oil companies were not doing enough for the people.
“The money that was given to us, what have we done with it. The biggest Agip rig is here, yet there is nothing to show. They are not doing anything,’’ he added.
The activist bemoaned the incessant breach of oil facilities, arguing that if the activities of the militants continue, there would be pollution and lack of development.

“Pipeline bursting is a crime against the Niger Delta. There’s a lot of pollution, but the crisis will be resolved through dialogue, not through the military. The government must bring development to the region, so that the majority can tackle the minority bursting pipelines. There has to be massive development,’’ he maintained.
He called for the immediate continuation of work at the maritime university in Okerenkoko and increase in the amnesty budget, noting that President Muhammadu Buhari has done well in starting the cleanup of Ogoni land.

editor - October 24, 2020 3:25 am
2
PENDULUM BY DELE MOMODU Fellow Nigerians, it is difficult to imagine the amount of mayhem that visited Lagos this week. Let me just put it... 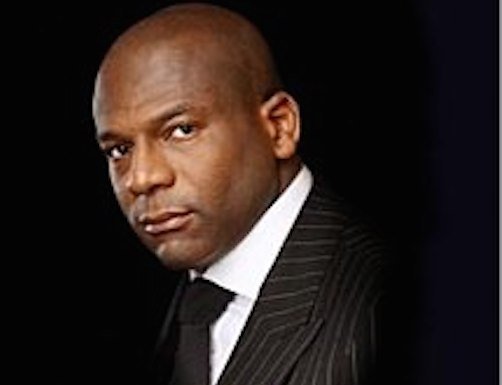 FG is Using Cash Transfer to Lift Nigerians out of Poverty, Grow Economy