What Brother Femi Adesina, President Muhammadu Buhari’s media adviser, noted and dispatched to Nigeria on his visit (with his principal) to the People’s Republic of China penultimate week isn’t different from what every traveller to that land of Mao Tse-tung observed.

Sharing his findings with compatriots in his essay, Dispatch from China: what order, discipline did to China, Adesina quotes Buhari as saying of Beijing, the Chinese capital: “Did you notice the level of discipline in this city? Did you notice the cleanliness and order? Did you see anybody throwing litter or garbage anywhere? And did you see their security agents, how smart and dutiful they were?”

The Nigerian leader spoke in a jet when leaving Beijing for Shanghai. As he and Adesina and another aide watched the city recede, they froze in wistful amazement at how a society’s hundreds of millions of citizens could be so shaped as to see discipline as the first patriotic duty. Adesina was to exclaim: “Discipline is the name of the game, and it has done China a world of good.”

A few decades ago, a commentator, Doak Barnett, not known for any love for Communist China, also wrote: “Some years ago, a foreigner who had just toured Communist China came out to Hong Kong and remarked, with awe in his voice: ‘I never thought that human beings and society could be reconstructed so easily.’” If he meant that the changes of recent years had been relatively painless, he was very wrong. The plastic surgery that the Communists had been performing on Chinese society for over a decade had been painful indeed for millions of Chinese… But if, in using the word ‘easily’, the visitor actually meant ‘rapidly’, it is easy to share some of his awe. The Chinese Communists have dramatically demonstrated that an effective … regime can achieve extensive social change at a breakneck pace.

What did the trick?
Following the 1949 Revolution in China, the great Mao Tse-tung who led the movement shut the borders of the country to the outside world. He and his loyal Communist leaders adopted a tough stance that ensured that the people and their rulers fed only on what was available locally. The cars they rode, however archaic, were what the “elite” Politburo (Communist Party Leadership) and the other working classes alike used.
No palatial palate was cultivated to hunger for a billionaire’s breakfast. Since it was a peasant and workers socialist putsch in the first place, China under Mao couldn’t be allowed to tolerate the contradiction of a heavily moneyed class to exist side by side with the poor, as we have in Nigeria. In this huge enclosure untainted by the unbridled spending and consumerist culture of the Capitalist Western World, Mao began to remould China and its people.

In 1958, the country embarked on the Great Leap Forward Programme (Walking on Two Feet), Agriculture and Industry which saw China match the old Soviet Union and the formidable Western powers of US and UK in industrial, scientific and technological production. The Cultural Revolution that followed disavowed the intrusion of destructive moral values that could either retard or bring down altogether the progress in the political, social and economic spheres of the new China. Actually, the cultural war was what deepened the discipline Mao sought for his people. It aided in reshaping and adjusting the mighty masses of the population. It poised them for the gigantic solemn task of forming a new society and freeing the people from dependence on foreign tastes. The Chinese nation has been described as a Spartan nation of “infinite patience and adaptability”. This enabled them to endure the painful pill Mao gave them. It has also helped them to survive tumultuous upheavals, all of which have finally pushed China to become the world’s number two economic power house, after the USA. Today, experts say in a few decades China will leap into the number one position.

In view of all these, I am not at all moved by the loan coming our way in Nigeria as a result of our President’s trip to China nor am I excited that at last the Chinese will soon be here to upgrade our derelict and Neanderthal infrastructure. I am interested rather in what Buhari’s encounter with the Chinese has taught: unruliness in our politics, in how we handled our wealth when we had it a plenty, in our leadership template is the cause of all our woes today. And it would continue this way, and take worst turns if we don’t first battle this character drawback the way the Chinese did it.

Let the Americans also bring in their dollars and the Britons their Pound Sterling and Europe its Euros in loans of any tenor. This will not solve our problems if we do not do the first things first. The Yoruba say if you fail to inculcate the virtues of integrity and self-restraint in your offspring and all you think of is to throw wealth at them in the form of building property for them and educating them without moral spinal cord these ill-tutored children would end up becoming barbarians, destroying your legacy and priced name.

We have built a nation of sottish wealth-worshipping citizens and leaders who view the world through a prosperity telescope. We do not honour labour. Preferment, whether social, economic or political, is brewed in the cauldron of corruption. Our youth and women who ought to be our treasured capital and engine of development are wasting because we don’t capture them in our vision. They have permitted themselves to be caged in the pigeonhole of idleness, refusing to break out but turning to criminality. Who cares? Everybody is a felon. Everybody plays a smart one. We are all Smart Alec.

It is the system thrown up by our lifestyle of indiscipline that is responsible for this mass social decay. The system has allowed too much foul money among the political class and their cronies. There is a surfeit of this wealth also in the civil service bureaucracy and its contractor entrepreneurs. When everyone aspires to join them, including students waiting to finish school, you have a perfect setting for the emergence of the patriarch and matriarch of indiscipline. Now, the ensuing cloying affluence of the few has as given Nigeria a pejorative world title strange condition: We are the biggest exporter of illicit money on the planet. Refer to the disclosure of the Panama Papers. And yet there is poverty in the land. This reminds us of the lament of the Ancient Mariner: water water everywhere but none to drink!
–Ojewale is a journalist and writer in Ota,Ogun State. 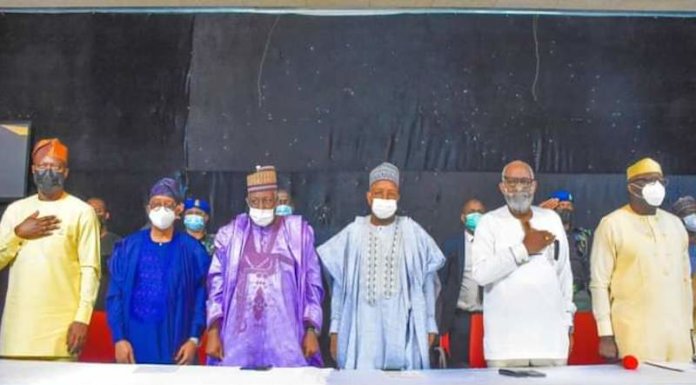