After months of speculation and lobbying, the federal government took a bold move to liberalise the petrol market by introducing a price band for the product with a price cap of N145/litre and a floor of N135/litre.

This policy represented a marked upward adjustment from a fixed peg of N86.50/litre introduced in January, clearly implying that subsidy would no longer be paid on any price differential between the total retail costs (including distribution margins).

Although the policy has been embraced by a lot of Nigerians who believe it would curb wastage and help create transparency in the management of public finance, issues around source of foreign exchange for oil marketers appear to be creating some confusion and panic in the market.

According to reports, the Petroleum Products Pricing Regulatory Agency (PPPRA), which released revised pricing template for petrol, stated that oil marketers can source for forex to import petrol into the country at an autonomous exchange rate of N298 to the dollar, which is far above the N145 it had pegged a litre of fuel. As expected, this has led to a significant depreciation in the value of the naira on the parallel market. The nation’s currency fell to N350 to a dollar on the parallel market on Friday.

In January 2012, the immediate past government had attempted to initiate a zero subsidy programme, which then resulted in a 117 per cent increase in the pump price of petrol to N141/litre from N65/litre. Severe public backlash followed and the pump price was lowered to N97/litre.

But the sharp decline in oil prices, which started in 2014, pushed many oil exporters to embark on austerity measures to mitigate the impact of lower prices on their fiscal revenues. Ghana partially removed its fuel subsidy while Angola has fully removed its fuel subsidy payment effective September 2015. The Nigerian government on the other hand then reduced the pump price of petrol by 10 per cent to N87 in 2015.

The current consumption rate of 45m litres per day has been deemed inaccurate with NNPC claiming that products are being diverted to neighbouring countries where the product sells at higher prices. Adjusting local prices to reduce the arbitrage incentive could potentially reduce petrol demand and foreign exchange obligations.

Indeed, the previous fuel price regime wasn’t transparent and was seen as rent-seeking opportunities for few fat cats. It is clearly one of the ways the present government can have resources to address some of the challenges facing the economy. In addition, the previous policy was just all about taking away resources especially from the poor to reward those who consume more fuel, which are mostly wealthy Nigerians.

Clearly, one of the reasons why the policy was introduced was because of forex scarcity as most marketers, who import about 50 per cent of the country’s fuel consumption, could not raise Letters of Credit (LCs). Therefore, with the new policy, they are expected to source for forex from either the interbank of parallel arms of the market. But some market commentators believe that the parallel does not have the depth to fund importation of fuel in Nigeria, just as they urged the federal government to find a solution to that.

The CEO, Financial Derivatives Company Limited, Mr. Bismark Rewane said: “The government cannot push the funding of petrol to the parallel market because the market does not have the depth to fund the importation of petrol. What we will see is a situation where the NNPC will be selling petrol at a different price while other marketers would be selling at a different rate, thereby creating a dual exchange rate regime.”

To analysts at Afrinvest West Africa Limited, the previous fuel subsidy regime affected the effective transmission of monetary policy due to pressure on the external reserves.

“Thus, we view the removal of restrictions and quota system as positive, for removal of subsidy, although belated, is prudent for fiscal management as it reduces recurrent expenditure and closes a potential source of leakages,” the Lagos-based research and investment firm stated.

They noted that retaining the previous price implies that extra-budgetary expenditure would be made since the recently passed budget does not make provision for subsidy.

“Yet, there are limitations to the policy shifts. Introduction of a price cap implies PPPRA still regulates pricing, thus speculative practices cannot be avoided close to seasonal adjustment dates of the pricing template.

“More importantly, policy inflexibility of forex market still constitutes a burden to importers and tacit approval granted to marketers to source forex at secondary markets could pressure exchange rate further at the parallel market. We think that the recent effort should be complimented with an exchange rate liberalisation policy. Hence, we anticipate a major move on forex by the CBN this month,” they added.

We expect the price review to mount further pressure on May inflation numbers. We see inflation rate in April at 13.6% Y-o-Y and expect further increases in May driven by Transport Division and Electricity, Gas and Other Fuels COICOP Divisions which both contribute 23.2% to the CPI weighting.  Real consumption spending growth may also be dragged by the hike but we believe gains in productivity from petrol availability will partially offset in the short term while budget implementation will unlock more benefits in the medium term.

Also, the Managing Director/Chief Economist Africa, Standard Chartered Bank, Razia Khan, argued that what became clear with the shortage of fuel experienced in the country in the past few months, was that an attempt to regulate at a much lower price did  not work.

“What we have effectively seen was that the actual price of fuel in Nigeria was probably a lot higher than the new ceiling that has been put in place. So, this is an opportunity for reform and putting in place reforms that would hopefully increase the supply of fuel, deal with the bottleneck.

“But I think the relevance of this fact goes far beyond the announcement by Nigeria’s government. In terms of trying to show the resolve of the government in terms of what has become a pressing economic issue, it obviously raises the hope that we will see a similar approach being adopted when it comes to other constraints that the economy is facing and other bottlenecks that held back growth.

“So, the very interesting part of this fuel price reform is the idea that oil marketers would get the forex that they need from whatever secondary sources that might be available and they are allowed the leeway to show whatever pricing they need to show subject to a certain ceiling. And that is better than the situation before.

“In terms of public finance, there wasn’t a clear system in place previously. Now, we are comfortable that Nigeria’s public finance looks to be on a much more sound footing, simply because the uncertainty about the re-emergence of fuel subsidy in the budget seems to have gone away,” Khan added.

Also, the Chief Executive Officer of the Nigerian Economic Summit Group (NESG), Mr. ‘Laoye Jaiyeola, pointed out that throughout the transition programme, the federal government made it clear that it was going to take some though decision, just as he welcomed the decision to end the new fuel price regime.

“I am happy that it is better late than never. We hope to see that as the beginning of a wholesome reform in that sector. Also, we expect clarity on the Petroleum Industry Bill (PIB).

“So, we support the government on that idea and members of the labour movement should please, I am appealing to labour, not to deceive ourselves, because Nigerians have been paying higher for fuel. Let us see what happened in the diesel sector in the petroleum sector.

“In the short-run, price would go up because we would scramble for the product, but as more people get into the sector, it would go down. So, I appeal to labour to bear with us because what government is concerned about is alleviating the suffering of the people,” the NESG boss said.

“In the short-term, it is obviously a burden for the population, because prices would go up. But actually, without a pricing system that actually reflects cost in an efficient way, the correct allocation of resources is not possible. The best signalling mechanism to allocate resources in any economy is a transparent pricing system and prices need to reflect cost for capital to make profit.

So, in that respect we think it is clearly a step in the right direction and again it will enable a much healthier growth in the economy and therefore if that happens, you can transfer that to the well-being of the people,” he added.

However, in a note on the policy pronouncement to THISDAY, an economist at London-based Exotix Partners LLP, Alan Cameron, opined that it wasn’t 100 per cent clear whether the subsidy has been totally removed or whether a new cap has simply been introduced.

“Either way, it does look like the government is moving towards a more market-oriented form of pricing, which is a good thing. The big question is whether petroleum marketers will not be made to source from the black market, which (we think) would roughly double the supply of US dollars at the official rate for everyone else,” he said.

“The increase will add to inflationary pressures at a time when inflation has already been heading rapidly higher. Headline inflation registered 12.8 per cent year-on-year in March up from 9.6 per cent in January and higher fuel prices will likely add to the upward pressure. Granted, if the move leads to increased supply of fuel, there will be a reduction in costs associated with fuels queues and shortages, but we do not think that this will offset the price increase.

“Overall we refrain from labelling these moves as deregulation because the price of fuel is still regulated. In our opinion, what is required to get the economy back onto its feet is full deregulation of both the fuel market and the foreign exchange market,” the CSL report stated. 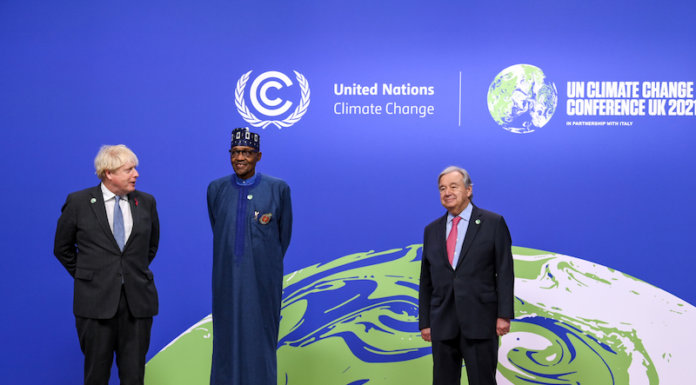