After spending 25 years exploring for hydrocarbon resources off the coast of Lagos, Yinka Folawiyo Petroleum, in partnership with Panoro Energy ASA and First Hydrocarbon Nigeria (FHN) Limited, among others, finally catapulted Lagos State into the league of oil and gas producing states in the country.

Panoro, an independent oil and gas company based in the United Kingdom, announced wednesday that oil production had commenced from the Aje oil field located in Oil Mining Lease (OML) 113, offshore Lagos, on Tuesday, May 3.

Of greater significance also is the disclosure that the oil field holds untapped reserves of about 650 billion cubic feet (bcf), which if harnessed in two to three years’ time, according to a company source, could supply Lagos, Nigeria’s commercial hub, all the gas feedstock it needs for the thermal power stations and other manufacturing concerns domiciled in the state and its environs.

A statement from Panoro, which has assets in Nigeria and Gabon, said that the subsea installation activities had been underway at Aje since January and were completed in early March, ready for the hook up of the Front Puffin Floating Production Storage Offshore (FPSO), which arrived in Nigeria on March 16.

According to the statement, oil produced from the Aje field will be stored in the Front Puffin which has a production capacity of 40,000 barrels of oil per day (bpd) and storage capacity of 750,000 barrels.

“Flow rates will be provided in Panoro’s next operations update, following a period of inauguration and well stabilisation,” the statement added.

However, a company source informed THISDAY that the first two wells in Aje were expected to peak at 12,000 barrels of oil per day, and the flow rates would increase as more wells are drilled on the field.

“This is a transformational milestone for Panoro and represents a great achievement by the Aje project teams. It is also a key building block in our strategy to become a full cycle E&P company focused on West Africa.
“The commencement of production at Aje is also significant for Nigeria as it is the first commercial production for the country in the emerging Dahomey Basin,” Hamilton said.

With the field’s multiple oil, gas and gas condensate reservoirs in the Turonian, Cenomanian and Albian sandstones, geologists said the Aje field, which was discovered in 1997, has hydrocarbon resources similar to the nearby producing Jubilee field, offshore Ghana.

The partners to the Aje field had in January 2014 submitted the Field Development Plan (FDP) to the Department of Petroleum Resources (DPR) and this was approved in March 2014, primarily for the development of the Cenomanian oil reservoir.

THISDAY had reported that the partners had missed the December 2015, January 2016 and March 2016 targets for first oil, apparently due to the late arrival of the FPSO from Singapore, delay in the completion of the anchor handling operations, and late completion of the installation of the subsea equipment, including the manifold and flowlines.
After leaving Singapore for Nigeria, the FPSO had stopped briefly in Cape Town, South Africa.

According to the field development plan, the development of the Aje Cenomanian oil reservoir would be implemented via two subsea wells, the new Aje-5 well and a recompleted Aje-4 well, and a leased FPSO.
The initial two wells were scheduled to start oil production early in 2016.

Two further wells – Aje-6 and Aje-7 – are expected to bring total Cenomanian oil production up to over 50 million barrels. 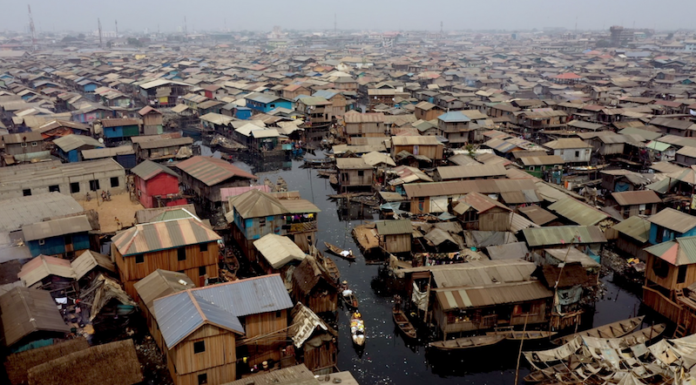