Martins Ifijeh
The Federal Government and the Nigerian Heart Foundation (NHF) have called on Nigerians to maintain a healthy lifestyle against Non Communicable Diseases (NCDs), as it has been proven to prevent the scourge.

Speaking during NHF National Summit in Lagos recently, the Minister for Health, Prof. Isaac Adewole, said unhealthy lifestyle, such as tobacco use, harmful alcohol intake, unhealthy diets and physical inactivity were the major clustering risk factors for the development of cardiovascular and other NCDs, adding that these risk factors aggravated by poor awareness, harmful cultural practices, beliefs and misconceptions by the public play a major role in the high prevalence rate of the diseases.

Adewole, who was represented by the Director General, Nigeria Institute of Medical Research (NIMR), Professor Innocent Ujah, said NCDs which are cardiovascular diseases, cancers, chronic respiratory diseases and diabetes, were responsible for 63 per cent of deaths worldwide, while the disease was responsible for 27 per cent of the total deaths in Nigeria in 2008.

According to him, “the current burden of NCD will increase unless we sharpen our strategies. We need robust collaboration to deliver quality, affordable, accessible and acceptable health services to Nigerians. We also need to strengthen our NCD surveillance system,” he added.

In view of the enormous task of fighting NCDs through risk factor modification, Adewole called on the Federal Ministry of Agriculture, Industry, Trade and Investment, Youth and sports, National Agency for Food and Drug Administration and Control, Standard Organisation of Nigeria, Consumer Protection Council, among others to be part of campaign for a healthy lifestyle.

He also called for need to regulate cross border marketing of foods high in saturated fats, trans-fatty acids, free sugars, salt, among others. “We also need to increase the availability and access to local foods by enhancing support to farmers, fishermen for home production, through technical assistance, tax breaks, subsidies and other support measures,” he said.

Also lending his voice, the President, NHF, Prof. Oladipupo Akinkugbe, said globalisation and urbanisation has brought about rapid changes in lifestyle in the country, with consequent heavy impact on the health of the population.

He said the negative results of these changes were unhealthy dietary patterns, increased tobacco use, decreased physical activity, increased sedentary lifestyle and increased alcohol consumption, which leads to rise in NCD.

The renowned heart specialist noted that in tackling the rising health issue and in furtherance to the 2013 World Health Assembly which endorsed the NCD Action Plan 2013 to 2020, the Foundation will not relent in terms of awareness and researches until the scourge was reduced or eradicated in the country.

Again, US Urges FG to Hold to Account Those Responsible for...

Again, US Urges FG to Hold to Account Those Responsible for... 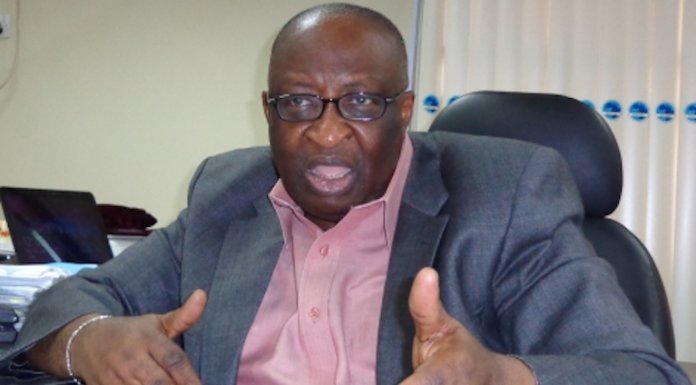