The Ibadan Electricity Distribution Company (IBEDC) has announced the completion of the massive upgrade of its distrubtion facilities and the replacement of obsolete equipment in some of the areas under its operational network.

The Deputy Managing Director of the company, Mr. John Ayodele said in a statement at the weekend that the company spent several millions of naira in the renovation and replacement of the facilities.

He added that the renovation work that commenced on the company’s Agodi Gate 2 x 15MVA, 33/11KV injection substation control room last week has been completed.

Ayodele, who further stated that the infrastructural upgrade had earlier impacted a five-day power outage on all of the aforementioned areas, said the renovation was carried on to replace all the obsolete and decrepit 11KV panels with new and modern ones to ensure that IBEDC provide optimum and efficient services to its valued customers
Ayodele assured the general public and the company’s valued customers that IBEDC, as a responsive and responsible corporate citizen, was poised to meeting its service level agreement to revamp the electricity business under its purview.

Furthermore, he pleaded with members of the affected communities to be on guard against possible menace of vandalism against the company’s equipment and materials.
Ayodele also called on all security agencies to join in the fight against vandals within the neighbourhoods and communities.

“The protection of our facilities is key to our providing quality services,” he added.
He also appealed for customers’ understanding and cooperation in this time of low power allocation, adding tht “the situation will get better as assiduous efforts are on-going to bring succour to the electricity industry.”
Ayodele also solicited continuous prompt and adequate bill payments, vigilante watch over IBEDC facilities and support for the new tariff structure to help the company serve its numerous valued customers better, stressing that the company’s mission statement is to distribute effectively the available power supply to positively change the lives of its valued customers across the franchise.

The Chief Technical Officer, Mr. Ade Ayileka also confirmed that the renovation work was one of the several planned interventions across the company’s franchise area to improved supply and meet the yearnings and aspirations of the numerous valued customers.

‘No More Flight Diversions on Our Airspace’ 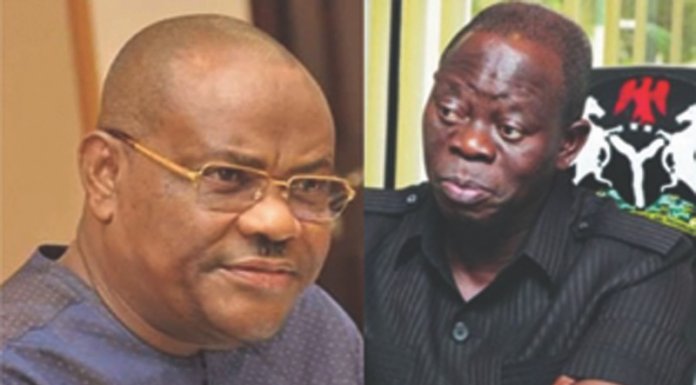