As in the era of WikiLeaks, the world has once again been rattled by revelations about leaked information on secret accounts and other holdings of influential people around the globe.
The Panama papers are documents that were leaked by consortium of investigators across continents, after they hacked the database of shell companies that were lodged in an enforcer’s records.
In this kind of issue, it is usually predictable to find Nigeria on the list. It was, therefore, not surprising when, within days of the leakage, some serving public officers, and other retired ones, as well as oil moguls from Nigeria were named among those on the list.
Facilitator of the hidden interests and companies for Nigerians and other world leaders in British Virgin Island, as shown by the leaked database of Mossack Fonseca, a Panamanian law firm, has brought grey hairs to some Nigerian public officers and has elicited denials and staccato statements from others.

So far, those named in the documents are; the former governor of Delta State, Chief James Ononefe Ibori, who is serving term in a London prison; embattled Senate President, Senator Bukola Saraki, currently having his time in court on charges that border on alleged false asset declaration; former military General and predecessor to Saraki from Benue State, Senator David Mark; and retired Army General and oil mogul, T. Y. Danjuma. Also on the list are; the world’s richest Blackman, according to Forbes, Alhaji Aliko Dangote and his business partner, Sayyu Dantata. Their names featured as operators of shell companies.
The question has been if it is an offence to register an offshore company in a tax haven. What are the implications if a public office holder has such interest, and what the Nigerian law has to say about it. Also of interest, is how such a holding can affect a non-public office holder. Tax havens are described as places where the influential can engineer their holdings in a sub-surface manner that takes attention off them and their investments. In the process, since such holdings are usually not directly linked to them, taxes that are supposed to be paid from such earnings are usually not paid and are, instead pocketed by the operators of the company.
Directors are appointed to hold forth within short periods, which the laws of incorporation in such places, mostly remote and small islands, allow till attention shifts and then they bring in those to run the company and operate without the extant laws of their home country and, where they can, navigate the laws of their hosts to take all profits without paying full or any taxes.
Interestingly, lawyers who spoke to THISDAY on the issue were in agreement on the central issues of the leaked papers, though with different angles of explanation.
While Chief Abiodun Owonikoko, SAN, a Lagos-based Lawyer agreed with Mr. Onuoha Kalu, an Abuja-based lawyer on the fundamental that there was no law banning the operation of an offshore company in a tax haven, they however pointed out that it would become an issue if a political or public office holder was involved.
Owonikoko said that, “There is no law banning a public officer from being a shareholder in a foreign company but the officer has to declare his interest fully in it. This is because he pays tax from his salary under the Pay As You Earn PAYE while the shareholding in foreign company also brings in dividends in hard currency which has to be paid into a foreign account that the officer is forbidden from operating.
“The real issue will be when the officer fails to fully disclose such interest and what accrues from it. It affects both political office holders and private sector operators when they fail to pay their taxes correctly. To the political office holders, such offence as under-declaration of assets and tax evasion could be established while the private sector operator could be guilty of tax evasion.”
To him, Iceland’s Prime Minister, Sigmundur David Gunnlaugsson, who has already resigned, because he was named in the leaked papers, may have done so out of moral burden and not necessarily for fouling any law unless there were other facts available to him to have prompted that. In Nigeria, however, resigning from ones position based on such leaks is rare.
Kalu, who sees Nigeria as a “tax haven or sorts” since the country was not strict on ensuring filing of tax returns yearly, submitted that while having shares in offshore companies in tax haven was not an issue, lack of full disclosure on interests in such havens could pose a legal problem.
“Lack of declaration of interest or lack of full disclosure fouls the law on asset declaration for political and public office holders and comes with issues of paying the correct tax. To those in the private sector, it would be a problem when tax is either evaded or avoided. It is evaded when someone who should pay tax does not do so, and avoided when mechanisms are creatively applied either to pay less than one should or not pay at all,” he explained.

How it affects those named
Ibori: Allegedly working through a Swiss asset management firm, Clamorgan S.A. in Geneva, Ibori established several offshore companies, including Stanhope Investments Limited, Julex Foundation and The Hopes Trust, enlisting himself, his wife and daughters as beneficiaries. Ibori allegedly cooked transactions and even tried to obtain loans using some of the shell companies. He was later stopped and tried, before what appeared like a failed plea bargain landed him in jail in the United Kingdom. Most of the assets linked to him have relations and children as holders of interest in the companies. He was a governor and political office holder; so if it is proved that he had interests in such offshore companies without declaring them in his asset declarations, he may still face the law since time does not run against federal offences. His could be failure to fully declare his assets, as well as tax evasion.

T.Y. Danjuma: The retired general and former Defence Minister was named in Panama papers as a user of offshore companies. The Mossac Fonseca files exposed his interest in Eastcoast Investments Inc, allegedly incorporated in Nassau, in the Bahamas. An online medium, Premium Times reported that aside Danjuma running such shell interests, he was fingered among global personalities found to maintain secret accounts, operated with codes, with the Swiss branch of banking giant, HSBC. “He was linked to HSBC account 15731CD, which was opened in 1993 and closed in 2001,” the medium said. If he was earning dividends and profits from such companies and did not pay his taxes accruing from them, he may have fouled tax laws and may be charged. Also, if such foreign accounts were being run when he was still in the Army or as minister, then it may mean trouble for the big fish.

Mark: No fewer than eight companies were reportedly linked to David Mark and they are: Sikera Overseas S.A, Colsan Enterprises Limited, Goldwin Transworld Limited, Hartland Estates Limited, Marlin Holdings Limited, Medley Holdings Limited, Quetta Properties Limited, and Centenary Holdings Limited.  However, Section 6 (b) of the Code of Conduct Act provides that a public office holder shall not, “except where he is not employed on full-time basis, engage or participate in the management or running of any private business, profession or trade. If the companies linked to him were not declared in his asset declaration form, which requires that interests of your agents, nominees and trustees must be disclosed, he may be put in the dock for false asset declaration while failure to pay taxes from such companies may earn him another tax evasion or avoidance charges, depending on the results of the investigations. He has already denied complicity in running the shell companies, insisting that he had looked through the document without seeing anything linked to him and has even threatened legal action.

Saraki: He is majorly linked on issues bothering on hidden interests of his wife, Toyin, whose holdings in some companies, he failed to declare in full. There are at least four of such offshore assets listed under his wife’s name. The assets include, a property in London’s plush Belgravia neighborhood, two companies registered in the British Virgin Islands and a third in the Seychelles. The hidden property is said to be located at #8 Whuttaker Street, Belgravia, London SW1W 8JQ. It has title number NGL802235. He was, however, silent on the number of shares the former first lady had in Haussmann and Tiny Tee (Nig) Limited, among others. It will only further his charges at the Code of Conduct Tribunal where he is already contesting allegations of false asset declaration. If it is proven that he had undisclosed interests, more charges could be filed or fortified, while issues of tax payment may also be introduced.

Dangote and Dantata: Dangote is reported to be one of the most prominent clients of Mossack Fonseca, with 13 Shell Companies registered by the firm directly linked to persons and companies connected to the billionaire and his allies. Dangote and Sayyu Dantata, the founder of MRS Holdings, which bought Chevron-Texaco’s with equal shares of 12,500 each from OVLAS S.A, a Shell Company registered in Seycheles, a well-known tax haven used by businessmen and politicians and celebrities. On the same date also, a company they both own as at 2003, MRS Oil and Gas Co. Limited, bought 25,000 shares from OVLAS S.A. If the law can get at people of Dangote’s stature in Nigeria, then issues of tax evasion might be pressed against him, aside from the law looking at the manner of takeover of companies, whether they comply with extant provisions. 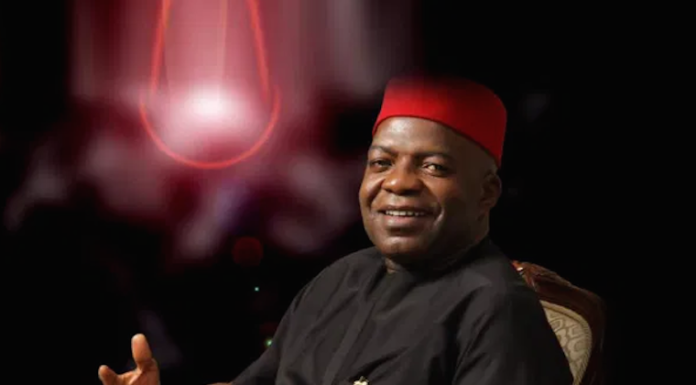