The first quarter of the year 2016, was a very bad period for the insurance industry given a number of negative factors that adversely affected operators.  Ebere Nwoji reports

For the insurance sub sector of the economy, the first quarter of the year 2016, was a mixture of  rough, tough but hopeful period.

Rough and tough, in the sense that the industry, just as it was trying to wriggle out of the difficulties of the election year 2015, encountered a number of obstacles that greeted businesses in the wake of the year 2016.

Some of the obstacles that operators grappled with during the period included: lack of foreign exchange to reinsure businesses abroad and the lack of funds by businesses to buy insurance cover for their assets. Due to scarcity of funds, some corporate organisations  preferred short term cover during renewal period in January.
According to the Managing Director, Risk Analyst Insurance Brokers, Mrs. Funmi Babington -Ashaye, the manufacturing and banking sectors, were the worst hit in this regard.

She said the lack of money in circulation  during the period also  discouraged people from taking insurance covers while the Central Bank of Nigeria’s forex policy made reinsurance business abroad difficult for  insurance firms that wanted to reinsure their businesses abroad.

Other negative developments, which impacted on the industry operators included  the decline  in government revenue as a result of continued fall in oil price, which to the detriment of the industry, returned government to its former position of being the highest debtor to the industry.

The government’s current indebtedness to the industry despite the “no premium no cover” policy was put at over N10 billion and the Minister of Finance, Kemi  Adeosun said this can only be paid when there is a turn-around in the economy,
There was also the problem of Naira devaluation during the period, which pushed up cost of doing business.

These, not only reduced the purchasing power of the people, but also delayed insurance contract renewals by individuals and corporates and discouraged people and organisations from buying new policies.

According to a former President, Chartered Insurance Institute of Nigeria (CIIN), Mr. Sunny Adeda , lack of money in circulation compelled business managers who would have taken full insurance cover for their business to opt for short term cover.

Also, continued implementation of the ‘no premium no cover’ policy , which had since inception in 2013, reduced level of business transactions in the industry played its own role in reducing the number of businesses that came the way of operators during the period.

These, combined with existing challenges which the industry grapples with year in year out  such as apathy of Nigerians towards insurance, unawareness problem, the lack of trust  and poverty level among Nigerians  to make the industry perform abysmally during the period.

Against this backdrop, some operators, who spoke to THISDAY said their first quarter earnings fell short of their targets and projections just as the industry’s contributions to the GDP of the economy did not record significant improvement from the 0.65 percent position it was by this time last year.

Insurance penetration level also failed to hit the 3 percent target of the industry since the introduction of the Market Development and Restructuring Initiative in 2009. The industry continued to occupy its third position in Africa contrary to target  of occupying first position with a long gap for whichever country that will occupy the second position as targeted by the regulator National Insurance Commission during the period of Fola Daniel as the commissioner for insurance in 2015.

The industry’s premium income hovered slightly above N300billion and as at third week of March, only 12 out of the existing 59 insurance and Reinsurance firms had submitted their audited  financial accounts for 2015 to the regulator.

Although there are indications that more would have submitted by now but this falls short of 26 firms that submitted their reports to the commission by the same period last year.

As at the end of March, which marked the end of the first quarter, no single insurance firm submitted its first quarter report for 2016 to the commission; but it is expected that many would submit from the first week of April, which is the beginning of second quarter.
As at the time of filing this report, operators could not come up with actual figures of their first quarter performances.

Some operators who spoke to THISDAY said it was too early for them to speak on their performance  figures  for the period but from insurance stock performances at the Nigerian Stock Exchange, the performance figure of the industry for the first half of this year  may not be much better than last year.

But in the mist of these, the operators have high hope of better days ahead for the industry during the remaining months of the year.

Their hope no doubt was based on positive plans  and  programmes lined up by the industry regulator, the National Insurance Commission and the  passage of the year’s budget tagged: ‘budget of change’ by the federal government.

A closer look at the industry reveals that  perhaps, because of deep groaning of the industry investors last year over non payment of dividend  as a result of non profit making or low profit margin by the operating firms and other similar issues arising in recent times, the Commissioner for Insurance, Alhaji Mohammed Kari is determined to reactivate  the industry to  channel operating firms  to profitability route  as well as reposition the industry to make  positive impact to the nation’s economic growth.

Kari in a recent interview with THISDAY said his administration in NAICOM will  be preoccupied  with awareness creation and publicity as well as client satisfaction.

Kari said he would leverage on the foundation laid by his predecessors especially on the Market Development and Restructuring initiative (MDRI)targeted at growing the industry’s  premium income from current level of N300 billion to one trillion to grow insurance market and help operating firms make robust profit.
According to him, his main target is to make every Nigerian have one form of insurance cover or the other irrespective of income level.

This he said he hopes to do through promotion of micro insurance nationwide.
To grow the industry’s clientele base and grow premium income for the industry, Kari, at the beginning of the quarter, instituted insurers’ committee , which was a forum of all the insurance chief executives and the commission.

Within the committee, he created six subcommittees most prominent of which was the publicity and client services committees. The insurers committee, which is similar to the bankers’ committee is to look at the challenges of  the industry and join hands together with the operators to proffer solution.

The commission also within the period drew a road map to promote and decentralise micro insurance business by proposing to grade the operators into unit, local, state and regional operators.

Having laid down the plan in the first quarter, Kari said implementation will start in the beginning of the second quarter.

Also during the period, the commission covered a mileage in its plan to fully implement the Risk Based Supervision model and corporate governance structure. Within the first quarter of the year, the commission perfected plans on this and said proper implementation will kick off on  April 1,   2016.

The target is to position the industry to attain the global best practices status.
Also during the period, more and more insurance firms embraced the micro insurance segment and evolved modern channels of product distribution superior to the conventional method of using agents.

In all, although the industry grappled with a lot of issues that were inimical to a successful business outing during the period, most foundations on how best to reposition the industry for optimum yield was successfully laid during the first quarter. There is high expectation that if all the current prevailing obstacles to business growth is dismantled by government and other stakeholders in the economy, the industry will be at its best during the successive quarters of the year. 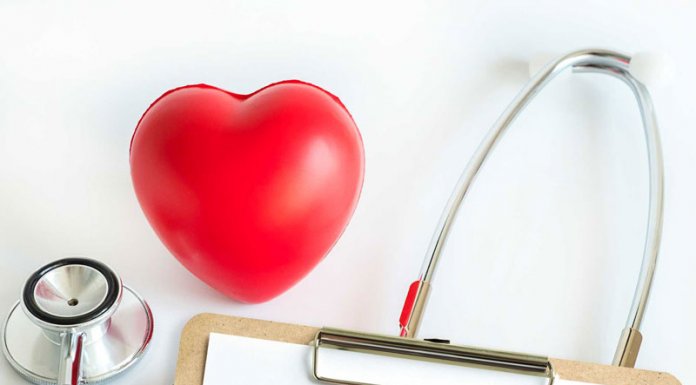