Home Nigeria Nigerian Military Confirms Arrest of Key Islamist Leader on US Wanted List
Share
WhatsApp
Facebook
Twitter
Email
Google+
Pinterest
Linkedin
ReddIt
Print
Tumblr
Telegram
StumbleUpon
VK
Digg
LINE
Viber
• Says more terrorist leaders surrendering
By Senator Iroegbu in Abuja
The Nigerian military has confirmed the arrest of the leader of the Ansaru Islamic sect, Khalid Albarnawi, who was once described as the second-in-command to Abubakar Shekau, leader of the Boko Haram terror group.
The US had placed a $5 million bounty on his head after branding him one of three Nigerian “specially designated global terrorists” in 2012.
Ansaru is a splinter group of Boko Haram known for kidnapping foreigners. Ideologically aligned to al-Qaeda in the Islamic Maghreb, it is also accused of killing a number of Westerners.
Ansaru once claimed that it carried out an attack on a maximum security prison in Abuja in 2012, freeing dozens of inmates.
The Director of Defence Information (DDI), Brig-Gen. Rabe Abubakar, in response to THISDAY enquiries last night, confirmed the arrest of the Ansaru leader by security forces.
Abubakar however stated that further investigations were ongoing and that the details would formally be communicated to members of the public in due course.
“We have confirmed that Khalid Albarnawi is the one who was arrested. We are sorting it out and looking for full details. The moment we finish our investigation, we will inform the members of the public,” he said.
A report by an online portal, The Cable, had at the weekend quoted Ahmad Salkida, a journalist known for his access to some of the leaders of Boko Haram, as having said that Albarnawi was arrested by operatives of the Department of State Services (DSS) in Lokoja, Kogi State and moved to Abuja last Friday.
The Ansaru leader, Albarnawi, who was reportedly trained in Algeria, is believed to be highly influential in the nation’s terror network and is believed to have ties to al-Qaeda in the Islamic Maghreb.
He is regarded as the most influential member of Nigeria’s terror network with contacts to other Jihadi groups in North Africa and the Middle East. Salkida said Albarnawi is believed to have reconciled with the leader of Boko Haram.
Still speaking on the arrest, the Defence spokesman termed it a “great achievement”, adding that recent clearance operations by the military in northern Nigeria were yielding positive results.
Abubakar further disclosed that in addition to the arrest of Albarnawi, more terrorist leaders were surrendering to the Nigerian military and other security agencies.
He informed THISDAY that more arrests would be made and that the clearance operations would be pursued to a successful conclusion until all terrorists are routed from every inch of the country’s territory.
“This is a great achievement in line with the efforts of the military and other security agencies to clear the Boko Haram remnants, and we will continue to sustain that.
“You know that in recent times we have been arresting the commanders and some have been surrendering on their own because they cannot face the firepower of the military.
“So we believe that more would be arrested and we advise those who are still hiding to surrender themselves. The operations have been quite successful and on course,” he said. 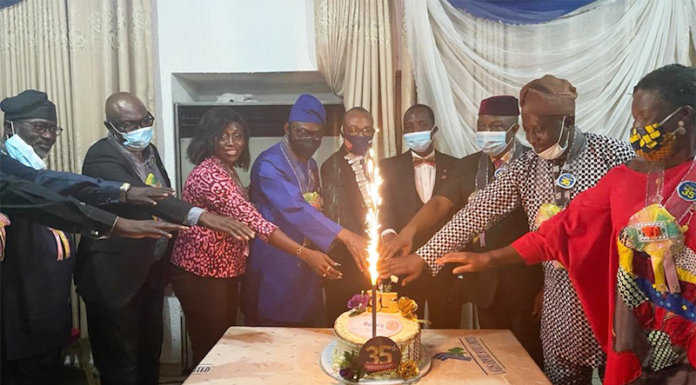