ntel, the newest entrant into the telecommunications space, has unveiled plans for the first phase rollout of its commercial services to the public.

Its Chief Executive Officer, Mr. Kamar Abass, while announcing the rollout plan in Lagos yesterday, said ntel would begin the first phase rollout with the commercial sales of its 0804 mobile line on April 8 in Lagos and Abuja.

He said although the company acquired some base transceiver stations (BTS) from the old NITEL, it also entered partnership agreement with IHS and Helios Towers, builders of BTS and other telecoms infrastructure, to roll out 600 base stations for the commercial rollout in Lagos and Abuja, with plans to extend the rollout plan to Port Harcourt with additional 200 BTS, also known as base stations.

According to Abass, the Nigerian Communications Commission (NCC), the telecommunications industry regulator, has approved all licence authorisations necessary for ntel to launch its Voice over LTE (VoLTE) network using next generation telecommunications infrastructure for its first phase rollout in April.
He said ntel had deployed 200 kilometres of metro fibre optic transmission cables in Lagos, Abuja and Port Harcourt, for seamless network connectivity during the rollout.

The CEO of ntel also added that ntel had deployed LTE Advanced, the latest 4G technology with multi-antennae sites.

“We are rolling out physical sites in three cities on our 900MHz and 1800MHz bands to launch Voice over LTE come April 8, 2016. We have signed agreements with trade partners and fulfilled all licence authorisations and payments and we are up-to-date and there are no impediments to our launch,” he said.

Abass said Natcoms Investments Limited, the parent company of ntel has projected over $1 billion investments over the next four years, for its rollout plan, which he said, would be in phases.

To ensure smooth take off of its mobile network rollout plan, ntel has completed the construction of Tier III Datacentre as well as reactivation of SAT-3 submarine international fibre optic cable.

Natcoms had last year paid $252.52 million to acquire the assets of the defunct first national operator (NITEL), to begin commercial operation on its mobile network. Noting that despite the growth of the telecoms sector in Nigeria which has seen voice subscriptions rise from less than 60,000 in 2001 to over 147 million as at 2015, he expressed fears that broadband usage has only grown by 20 per cent. He said NATCOM has come to fill the gap bringing Nigerians unfettered access to full mobile broadband both on voice and data services.

“Over the next four and half years, the total number of mobile broadband customers alone will be greater than all of the customers that have come into the market on mobile since its inception. In other words, we are at a point where a major transformation is in the making. You will see 168 million mobile broadband customers coming into existence between now and the end of 2019, which is more than all the mobile customers in both narrow and broadband that we have seen in the last 15 years.”

“That sounds like an enormous transformation. When it comes to the supply of broadband services, we are unique because we have more spectrum which can deliver more output than any network available today and potentially any network in the future. The spectrum we have has unique features which can not be compared with any other spectrum band,” Abass said. 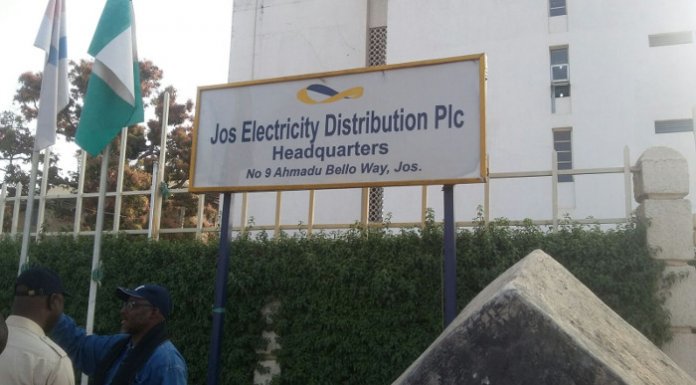