â€œWe now have the least competent, the most isolated, most divisive and arrogant leader in the history of Nigeria. And in a country that is so complex and not so cohesive, this is clearly a disaster, which is where we are headingâ€ â€“ Junaid Mohammed

The optics and the substance issuing forth from the Presidency of General Mohammadu Buhari get increasingly worse. If Nigeria were not the collateral damage, all those who warned against his election should be entitled to chest thumping vindication at the subsisting near total demystification and unraveling of the Buhari mystique. As the rapporteur of the reelection campaign of President Olusegun Obasanjo in 2003, I was occupationally required to acquaint myself with the political make up (in all its ramifications) of our main opponent, the flag bearer of the All Nigeria Peoples Party, ANPP, namely Mohammadu Buhari. The insight I gathered from this preoccupation was as follows-his entry into partisan politics was uniquely actuated by personal animus and simultaneously reinforced by Hausa-Fulani irredentist outrage.

Before he went into prison, on the trumped up charge of plotting a coup against the military dictatorship of General Sani Abacha, Obasanjoâ€™s core political constituency in the North was the â€˜Kaduna Mafiaâ€™-of which Buhari was an armor bearer-recall the singsong of the Buhari military junta being the offshoot of the Murtala-Obasanjo military government. On his return to the pinnacle of political power in 1999 and for justifiable reasons, the incoming President undertook a wholesale review of inherited projects from the Abacha dictatorship and quickly dispensed with those that did not meet up with his fancy.

The ill-starred flagship legacy project of Abacha was the Petroleum Tax Fund, PTF, personified by its executive chairman, Mohammadu Buhari. As it is characteristic of unaccountable dictatorship, the activities and book keeping of the PTF were discretionary and opaque. And whatever public good it might have served, it was always going to fail the smell test of standard public accountability and scrutiny. In light of their prior mentor-protÃ©gÃ© relationship, the PTF was an awkward subject matter for both Obasanjo and Buhari. It was human for the former to feel somewhat betrayed by a friend who saw nothing wrong in working closely with his tormentor who had falsely roped him into a phantom coup plot and consigned him to the death row in Yola prison.

The outcome of the financial scrutiny of the PTF was predictably incriminating-to the embarrassment and humiliation of Buhari who may or may not have foreknowledge of the wrongdoing that was uncovered. Beyond the disbandment of the agency, the fact that Obasanjo took no further steps to impose sanctions did little to assuage the bitterness of his erstwhile protÃ©gÃ© at being exposed to ridicule. From this encounter emanated the evolution of Buhari into the embodiment of the Northern irredentist outrage at the autonomous level playing course, Obasanjo had charted for his Presidency.

As it is often deliberately misappropriated, any equitable and egalitarian initiative of the Nigerian federal government is liable to be politicized as anti-North. And so (for instance) was the decision to retire all military officers who had hitherto served in political offices and positions- who were regarded as â€˜political soldiersâ€™ and thereby prone to coup plotting. In quick order, this was the why and how the instrument of a power play by a beleaguered Zamfara state governor was transmogrified and contrived into a regional wide Moslem North casus belli against a convenient target-who happens to be a Christian from Southern Nigeria-talking of the Sharia crisis. The following polarizing and subversive catch phrases are the representative pronouncements of the ensuing malice-with Buhari as the chief missioner.

â€œI will continue to show openly and inside me the total commitment to the Sharia movement that is sweeping all over Nigeria. God willing, we will not stop the agitation for the total implementation of the Sharia in the country.â€ – Buhari (News24, August 27, 2001)

â€œMuslims should only vote those who will defend their faith. We are more than the Christians if you add our Muslim brothers in the West.â€- Buhari (Liberty Radio Kaduna, 2003)

â€œI can die for the cause of Islam if necessary. We are prepared to fight another civil war. We cannot be blackmailed into killing Sharia.â€ â€“ Muhammadu Buhari (Freedom House, 2000)

And so when President Obasanjo inquired of me after the 2015 Presidential election my reasons for actively championing the reelection of President Goodluck Jonathan, I had no hesitation in reminding him of his instrumentality to my partisan standpoint-by giving me the assignment to know and understand (beyond the average ken) the political wherewithal of our opponent in the 2003 election. And whatever opinion I held of Buhari in 2003, he consistently reinforced over the subsequent years-and that is his unrivalled penchant for hypocrisy, divisiveness and malicious parochialism.

My central argument against his candidacy in the 2015 Presidential election was that any Nigerian politician who rose to prominence through the politics of division and parochial insularity should never be rewarded with the Nigerian Presidency. On this score, he has even managed to surpass my projection and done abundantly more than we can think or imagine. According to Abba Mahmoud â€˜The verdict out there in the public is that this government, as constituted now with its skewed appointments, is the most provincial, most sectional and most primordial. Even the immediate two predecessors of President Buhari, as unexposed to national limelight as they were, tried to have national outlook. Late President Umaru Yar-Aduaâ€™s ADC was from Edo state, his Principal Secretary who acted as Chief of Staff when the Office of Chief of Staff was abolished, was from Delta state, his Defence Minister was also from the South, among others, and all his security chiefs were Christians. His successor, President Goodluck Jonathanâ€™s NSA was from Sokoto, Defence Minister from Zamfara, his ADC was from Benue, his Chief Detail was Muslim from Bauchi, while his Principal Private Secretary was a Fulani from Adamawaâ€™.

Of all the viral satirical deprecations of this government none is more telling and apt than the â€˜take us back to where you met us in 2015â€™ one liner. If there was ever any doubt in my mind regarding the validity of this refrain, it was completely erased by the report of the Transparency International (TI) Corruption Perception Index, which scored Nigeria worse under the Buhari stewardship. More than any other liability, this was, afterall, the adjudged singular bane of the Jonathan government which constituted the warrant and prescription for a Nigerian leader of Buhariâ€™s (false) reputation. But here is the most authoritative corruption watchdog in the World telling Nigeria that it has willfully sold itself a dummy; that we have inflicted on ourselves a cure worse than the disease, that in the juxtaposition of Jonathan and Buhari, appearances have proven quite deceptive.

Said Junaid Mohammed,â€™ Now, among the people in the cabal, but very powerful and not known is someone called Tunde, originally called Sabiu Yusuf. He is the son of Mamman Dauraâ€™s immediate younger sister. He is, today, P.A to the President, even though he has never worked for one day in his life. But a P.A job is normally the work of a full-blown director or a permanent secretary. That boy only got married last year and as I speak to you now, he is one of the billionaires in Nigeria today. Nobody of his age has the kind of money that boy hasâ€™? Pastor Tunde Bakare has provided another perspective to the degenerate situation â€œFor 16 years of PDP they borrowed N6 trillion, for three years of APC, they borrowed N11 trillion. And they are not going to pay the debt. You and I, and our children, and our childrenâ€™s children will pay the debtâ€

And if there is anything worse than the TI rating, it is the mind boggling rebuttal that has emanated from the ranks of the paper tiger functionaries of the government. Not surprisingly and acting his credibility bereft position as the anti-corruption polemicist of the Buhari government, it was the audacious and indignant Professor Itse Sagay who called the logic of the TI rating into question with a most illogical counterpoint.

According to Sagay, â€œTransparency International is making a major error. It is confused between the actual level of corruption and the level of revelation of acts of corruption. Corruption was worse than nowâ€¦.but because of the activities of the anti-corruption agencies, particularly the EFCC, virtually no day passes without one act of corruption or the other being revealed. To someone who is just relying on statistics of what is revealed, itâ€™d seem that corruption is increasing. In fact, it is decreasing, because those that are revealed involve prosecution of suspects or forfeiture of assets. Corruption is being dealt with. So, thatâ€™s the error there.â€

In order to fully appreciate the folly of the illogic being espoused by Sagay, we only need to take a look at the corollary- that the less transparently active the fight against corruption, the greater the likelihood the TI will adjudge the country better on its corruption watch list. Second is the absurd inference that the TI is blissfully unaware that the corruption that is frequently and loudly touted by the Buhari government is almost exclusively attributed to the previous government. How then can the agency blame this government for the misdeed of the previous government that is being exposed? Is the TI this daft and simplistic?

To crown it all and as if nemesis is relentlessly at work, Buhari would spectacularly and specifically fail on the delivery of another governance priority on which he was projected to play the hero to Jonathanâ€™s villain. Is there a better way to, once again, dramatize the Buhari messianic illusion than the repetition of the signal failure of the Jonathan regime? What makes the abduction of the Dapchi girls quite irksome is the apparent failure of the government to learn from the lapse of the previous tragedy to forestall a recurrence. 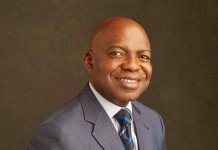 That Supreme Court Verdict on Imo

Time to Go on Voluntary Sabbatical