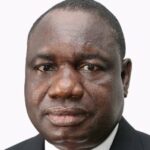 The levelÂ of activities on theÂ Investors and Exporters (I&E) foreign exchange (FX)Â window strengthened to $1.110 billion in just one week, compared with the $759.2 billion recorded the preceding week.

However, the indicative exchange rate for theÂ Â I & E window, known as the Nigerian Autonomous Foreign Exchange (NAFEX), which gained on the first two trading days,Â toÂ N359.91/$1 and N359.83/$1, closed the week at N360.41 to the dollar. This represented an appreciation by 16 kobo, compared with the N360.25 to the dollar it closed on this segment of the market, the preceding week.

â€œThis week, we retain our favourable outlook for the exchange rate amid sustained stability in global crude oil prices which should result in further build-up in foreign reserves as well as CBNâ€™s continued intervention in the various segments of the interbank foreign exchange market,â€ analysts at Cowry Assets Management Limited stated.

With the rate of accretion, the reserves are expected to meet the central bankâ€™s projection of $40 billion by the end of 2017.

Emefiele said: â€œIn January 2014, Nigeriaâ€™s reserves were about $40 billion and by October 2016, it had dropped to $23 billion, all because of the haemorrhaging of foreign exchange.

â€œBut I am happy that today, we are beginning to sing positive songs and our story is looking good at this time. We have seen reserves move up from the $23 billion to $38.2 billion.â€
He stressed the need for the country to focus on job creation to cater for Nigeriaâ€™s rising population and create job opportunities for Nigerian youths.

The CBNÂ at the weekendÂ said theÂ restriction of access toÂ FXÂ on the 41 itemsÂ about two years ago hasÂ had a positive impact on the economy.

The Acting Director, Corporate Communications Department of the Bank, Mr. Isaac Okorafor stated thisÂ at the CBN Fair, a sensitisation programme, held at the Cultural Centre in Calabar, Cross-River State.

Okorafor said the implementation of the policy has created employment and helped to conserve the hitherto depleting nationâ€™s foreign reserve, therefore buoying up the economy.Â Â Okorafor, who was represented by Mr. Chukwudum Nzelu said the restriction of access toÂ FXÂ Â placed on the 41 items made Nigerians to start looking inward for the production of goods and products that the country has comparative advantage to be produced locally.

The CBNÂ spokesmanÂ explained in a statement that theÂ successful implementation of the 41 items policy gave birth to the other initiatives such as the Anchor Borrowersâ€™ Programme (ABP) which has caused a revolution in the production of rice across the country.

Okorafor urged the participants to also key-in into the Accelerated Agricultural Development Scheme (AADS) which was targeted at youths between the ages of 18 to 35 years.

Â The AADS when fully operational, is expected to employ at least 10 thousand jobs per state, across the 36 States of the Federations including the FCT. The essence of this initiative, according to him, was to reduce drastically youth unemployment.

Earlier in his welcome remarks, the Branch Controller, CBN Calabar Branch, Dr. Graham Kalio said that the CBN fair was an interactive forum aimed at bridging the information gap that might exist concerning the policies, programmes and activities of the apex Bank.

TheÂ fair was attended byÂ farmers, SMEs, persons fromÂ governmentÂ ministries,Â departments and agencies (MDAs) and others who were genuinely interested in taking advantage of the CBN polies and programmes.

In the week under review,Â theÂ interbank lending rates moderated on the back of boost in financial system liquidity.

Also, Cowry Assets Management Limited anticipatesÂ their marginal rates to trek south-wards from their previous stop rates of 14.79Â per centÂ and 14.80Â per centÂ respectively in line with declining inflationary trend.

â€œAt the OTC market, we anticipate bargain hunting with resultant price increase amid expectation of boost in liquidity,â€ they added.

The various states of the federation will now be part of the reconciliation team of the Nigerian National Petroleum Corporation (NNPC) revenue for the federation account to avoid discrepancies .

The Chairman, Commissioners of Finance Forum and Adamawa State Commissioner for Finance, Mallam Mahmoud Yunusa, who disclosed this last week, said the NNPC owned up to the shortfall in its account which culminated in the call-off of the Federation Account Allocation Committee (FAAC) meeting penultimate week.

Yunusa, who spoke at the end of the FAAC meeting in Abuja said: â€œThey agreed there was shortfall in the earlier account given to us, but no fraud was intended. So going forward, we would be fully involved in the account.

â€œIn the reconciliation that took place, some state governors were involved, a committee was raised by the National Economic Council (NEC).â€

Meanwhile, the three tiers of government shared for November the sum of N532.758 billion.
The Permanent Secretary of the Federal Ministry of Finance, Dr. Mahmoud Isa Dutse, who chaired the session in place of Minister of Finance, Mrs. Kemi Adeosun, told the media that the sum N443.045 billion was statutory.

Under this tranche, the federal government got N205.700 billion, state governments got N104.334 billion, local governments received N80.437 billion, N40.847 billion was shared as 13 per cent derivation proceeds to went to the oil producing states, while N11.726 was set aside as cost of collection to revenue generating agencies and Federal Inland Revenue Services (FIRS) refund.