The recent public spat between former President Goodluck Jonathan and President Muhammadu Buhari is, beyond the underlining pettiness, a healthy development for the nationâ€™s democracy. Therefore, the tempo should be sustained, but issue-based as the nation journeys towards 2019, writes Shola Oyeyipo

Afew years back, the word â€˜nascent democracyâ€™ described the growing state of the Nigerian political system. But having stretched the current fourth republic to about 18 years, it would not be out of place to tag the system as one that is fast maturing and one of the characteristics features is the entrenchment of robust and healthy debates at all times, even as the learning curve continues.

Followers of the nationâ€™s political history will remember what happened in 2011, when the Jonathan/Sambo Campaign Organisation tactically beat a retreat, when it claimed that Jonathan would not attend the NN24 presidential debate, because he could not abandon the Nigerian Election Debate Group (NEDG), which had been organising several debates since 1999 in favour of another platform on the eve of a crucial national election.

Besides, the organisation also said the then president had not concluded his tour of the 36 states and as such, could not accommodate new appointments at that point in the build-up to the election.

Curiously, the same scenario played out in 2015, when the incumbent President Muhammadu Buhari dodged or for want of better word, politely turned down the request for a debate.

Special Adviser to Jonathan on Media and Publicity, Dr. Reuben Abati, described Buhariâ€™s avoidance of the presidential debate as an act of examination malpractice, stressing: â€œIt is not good enough for a man, who wants to be president of our countryâ€, insisting that Buhari â€œdodgedâ€ the debate, because he was insecure.

Buhariâ€™s spokesman, Malam Garba Shehu, who was then APCâ€™s Presidential Campaign Organisationâ€™s Director of Media and Publicity, however contended that the presidential debate was not a constitutional requirement, though he agreed that it was an established convention that deepens and enriches the democratic process.

Sources close to the president also noted at that time that the APC was uncomfortable with Mr. Mike Omeri, the supposedly non-partisan director of the Nigerian Orientation Agency, who was seen as not capable of organising a credible debate and that its principal promoters were from NTA and AIT, two electronic media organisations that openly supported Jonathan.

But now, unlike what was the order of the day, the debate is gradually building up by itself ahead of the 2019 presidential election. Jonathan, who had been relatively quiet, has begun to throw up issues that the president and his team are unable to ignore.

Over the past two years, the current government have had the field churning out information on the alleged corruption of the Jonathan government and putting some of the key players in that administration on trial. The narrative his however changing gradually.

The media office of the former president some few days ago named the federal government and the Special Assistant to President Muhammadu Buhari on Media, Femi Adesina, as liars. According to Jonathanâ€™s men, the presidency is simply peddling falsehood by claiming that Nigerians opted not to protest the hike in fuel price by the Buhari government because they trusted the government.

This would translate as an indictment on the immediate past government, because itâ€™s on record that the Jonathan administration met with unprecedented resistance from Nigerians when the government attempted to increase the price of fuel on January 1, 2012.

So, in responding to Adesina and the federal government, over the claims, Jonathanâ€™s media office, in a statement signed by Reno Omokri, said fear and not trust was why Nigerians did not protest against fuel price hike by the Buhari government.

According to Omokri, â€œWhen Femi Adesina says that it is because of trust that Nigerians did not rise up against the Buhari administration, when it increased the pump price of petrol from N87 to N145, he betrays a deep ignorance and arrogance.
â€œFirst of all, it was not Nigerians that rose up against the Jonathan administration, when that government increased the price of petrol on January 1, 2012. It was actually members of the All Progressives Congress, who sponsored the protests.â€

Omokri pointed fingers at the Kaduna State Governor, Malam Nasir El-Rufai, whom he claimed led other chieftains of the opposition to the Gani Fawehinmi Freedom Park, Ojota, Lagos, where they attracted crowds by inviting top musicians to perform and by giving out free food and drinks as part of efforts designed to bring the government to disrepute.

Justifying the fear factor, Jonathanâ€™s man noted that, â€œOn December 15, 2015, the Nigerian Army, under President Muhammadu Buhariâ€™s command, killed 347 unarmed Shiite men, women, children and infants and buried them in a mass grave as revealed by the panel of inquiry instituted by the Kaduna State Government.

â€œThe excuse given by the military for this massacre was that the Shiites had blocked a road during one of their procession and this allegedly affected a trip by the Chief of Army Staff. After killing his followers and destroying their place of worship, Sheikh Ibrahim Zak Zaky, the spiritual leader of the Nigerian Shiite community, was illegally and unconstitutionally detained and has not been seen or heard of in public since December 15, 2015.
â€œSo, when the Buhari administration increased the pump price of petrol, Nigerians wisely reasoned that if the Buhari administration can kill 347 unarmed Shiite men, women, children and infants for blocking a road, it would be suicidal to give them an opportunity to do the same thing to them on a wider scale.â€

They also claimed that human life is so cheap in the current situation and that the military and security services routinely kill innocent Nigerians be it Shiites, peaceful demonstrators or IDPs at the Rann IDP camp.

â€œTo say Nigerians trust an administration that publicly boasted that it would not tell Nigerians how much of their own money the President spent in treating himself in London, when the State House Clinic cannot boast of ordinary Panadol (by his own wifeâ€™s testimony) is to speak a lie.

â€œNigerians can judge the nature of the man, whose number one campaign promise was that â€˜no Nigerian Public official should receive medical treatment overseas at public expenseâ€™. For him lies are cheap even if they are expensive for the Nigerian public who has to pay the price.

â€œNor have Nigerians forgotten the promise to end corruption when the $25 billion Nigerian National Petroleum Corporation scam is ringing in their ears along with the denials by the vice president that he never approved any contracts. How can they trust a government that has still not released or acted on the SGF grass cutter contract probe after six months?

â€œIn the five years that he governed Nigeria, President Goodluck Jonathan spent N16 trillion. The economy grew. The Naira was stable. We had the greatest expansion of infrastructure since the Gowon years and inflation was in single figures. In the two years that President Muhammadu Buhari has ruled Nigeria, he has spent N15 trillion. We have had recession. Naira collapsed.

â€œInflation has gone back to double digits and the only infrastructure that he has started and completed is the Daura helipad,â€ Jonathan lambasted Buhariâ€™s government.

With this, the president, his party and aides must brace up for a major challenge as 2019 draws closer and one of the persons that will be a thorn in the governmentâ€™s flesh will be former President Jonathan and that is exactly what he has started â€“ an issue-based debate.

In April, Jonathan had cried out that President Buhari was officially harassing his family members. His kinsmen under the aegis of the Ogbia Political Forum, (OPF) had alleged that the United States was particularly unhappy with Jonathan for his opposition to the legalisation of homosexuality in the country.
They alleged further that some interest groups were determined to keep the former president from talking, even in the face of the alleged injustice he suffered

Though the United States embassy has dismissed Jonathanâ€™s claims of bias on the part of the country in the approach to the Nigerian presidential election in 2015, when the Information, Officer Russell Brooks, in a response said: â€œThe U.S. advocated a free, fair, and transparent election in 2015. The outcome of the election was an expression of the will of the Nigerian people,â€ fact is the former president still has so much bottled-up in his mind.

To assume that Jonathan has been silenced ahead of 2019, is joking with a time bomb, because recently, he said he would soon make public what happened in the 2015 general election that made the PDP lose the presidency. â€œPeople maybe writing left and right, at the appropriate time, some of these things would be properly addressed because of history,â€ Jonathan said.

Debates, especially in mature democracies like the US, are also high stake encounters, where candidates prepare extensively, because they believe it has huge influence on the electoral outcomes. So, Nigerians are waiting for the debate to continue, without having to assassinate anyoneâ€™s character. 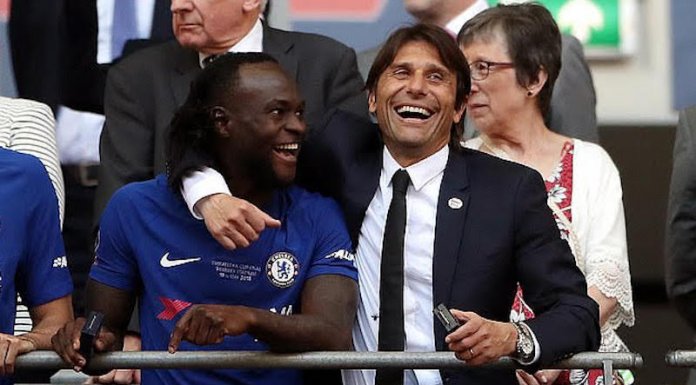