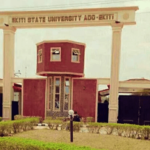 The old brand, formerly owned by Skye Bank, was unveiled as AfriGlobal Insurance, following the directive by the Central Bank of Nigeria (CBN) that all banking institutions should divest from their non-banking subsidiaries.

At the launch of the new corporate identity in Lagos recently, the Managing Director/Chief Executive Officer of the new company, Casmir Chibuzor Azubuike, noted that the firm had undergone three phases of ownership from the defunct Afribank through Mainstreet Bank to Skye Bank.
Azubuike, stated that the firm’s new identity, would boost service delivery with its group of experienced and well groomed professionals that could compete favourably with their counterparts globally.

He recalled that the journey, started by the company on March 23, 1988, when it was registered as Afribank Insurance Brokers Company Limited, has advanced it to the present level and determination to play globally.

Informing that the new firm has been licenced to undertake all classes of insurance and reinsurance risks, the AfriGlobal CEO described the insurance industry in Nigeria as growing and stable, citing its robust capitalisation, which he contended, competes well with the banking sector.

On why the strategic sub-sectors of the national economy like the oil and gas, maritime and the likes were still being underwritten by foreign brokers, he clarified that insurance business all over the world was international by nature.

According to Azubuike, “There are even businesses in Africa and Europe that are reinsured here in Nigeria. To enhance capacity, that is why we have reinsurance, and that is why AfriGlobal is here.”
The MD who lauded the Lagos State Government for continually putting the compulsory insurance policy on the front burner, stated that the governement is ensuring that every building above two floors was insured against collapse, fire and related risks through its safety commission.

In his remark, the Chairman of AfriGlobal Insurance Broker Limited, Sylverius Okoli, stated: â€œWe operated with the Afribank brand for about 20years under the parentship of Afribank. As an Insurance Broking Company, our liquid asset far back around 2007 to 2009, was in excess of N2billion. When Afribank became Mainstreet Bank in 2011, our company name was changed to Mainstreet Bank Insurance Brokers Co. Ltd, to reflect our new ownership.â€
He noted that prior to this era, their former parent bank preferred not to dissipate energy in chasing business outside, but instead, concentrate efforts in tapping and capturing business opportunities emanating from the bank.

â€œTherefore, the testimony of this success is the new brand we are unveiling today. We have no doubt that by the time they are done with the ongoing re-engineering exercise of insurance brokers in Nigeria, the very weak ones would either be merged or cease to exist.

Our mission therefore is to run a very strong insurance broking company that will stand tops in the country, and effectively play in the international market,â€ Okoli said.

The agency’s Director General, Hakeem Dickson, pledged collaboration with brokers and the National Insurance Commission (NAICOM) to institutionalise safety in the polity.

The Commissioner for Insurance and special guest of honour, Muhammadu Kari, represented by Segun Farinmo, charged the firm to sustain the goodwill of the brand.