Mrs Uchechi Nnamdi Kanu, wife of the leader of the Indigenous People of Biafra, Nnamdi Kanu, who is presently being tried for crimes against the state, says her husband’s obsession with the Biafran struggle is to the point of insanity. She spoke to David-Chyddy Eleke. Excerpts:

It’s a year since your husband was detained by the federal government, how has your family been fairing without him?
My husband’s absence is being felt in the family as would any family without the head, but we are holding up alright under the circumstance we find ourselves.

Under this circumstance, would you advise him to dump the struggle and return to you, if you had the opportunity?
No. I will not advise my husband to jettison the struggle come what may. Anybody advising him to jettison the struggle, he will despise. That is his personality. To him, freedom from oppression is the holy grail. All he thinks about is Biafra and he would always say that he can only be regarded as a complete man when he’s able to rise up in the morning as a free man with Biafran flag flying on top of our house. That is what he always told me.

Okay, your husband’s insistence on the struggle makes him come across as a stubborn man. Can you tell us about him, how he lived in the house and the fond memories you have of him?
My husband is indomitably obstinate when it comes to fighting a good cause – he abhors oppression. My husband is a kind-hearted and very intelligent man, whose witticism can crack your ribs for a very long time. When he is at home, you will know. He is a man that is obsessed with Biafra to the point of insanity and many times he has said publicly that he would gladly sacrifice me, the children and the wider family, if that is what it would take for Biafra to be free. That is the type of man Nigeria is facing, and that is the kind of man my husband is.

How did you meet him, and what has marrying him been like?
I met my husband in my hometown but that will be a story for another time.

Why not now?
It won’t be now. I can only tell you that being married to my husband has been ethereal even though as with every marriage it has its ups and downs. This period especially, encapsulates this feeling more than any other period. I feel down because he is not here with us but at the time I feel elated because he is fighting a noble cause – the contradictions of life.

When you first met him, did he come across to you as a freedom fighter?
Not at first, because he probably didn’t want to frighten me with it. As it turned out he kept it very close to his chest. You wouldn’t think he is because he is a softly-spoken gentleman and sometimes very reserved. The one thing that stood out from day one was that he abhors injustice against all peoples and was always complaining about how poor people were treated anytime he visited home from the UK.

He would complain about everything that is wrong with the society from poor electricity supply to inadequate housing, bad roads, check points, general poverty and every other social problem plaguing the people. It never occurred to me at the time that he would regard the liberation of Biafra as that all-encompassing solution to effect those improvements in our lives that he talked endlessly about.

What do you tell your kids about their father, do they know what he is passing through?
I tell them “daddy is home making sure our people are set free so we can all go home to Biafra and live because England is not our home”. Though our children are born in England, they are not English or British. They know they are Biafran and that is their identity and Biafra is our home and their father is making sure that it’s as good a place as England, so they and all kids in Biafraland can have all the things that children have where we are now in England when we finally move back to where we come from.

What is your advice to teeming supporters of your husband?
I advise them to continue to stand up for what they believe in which is freedom because it doesn’t come cheap at all. Every advanced society in the world including the great United States of America, France, Russia, Israel and even United Kingdom – all went through a phase in their history when they rose up against oppression and tyranny in order to give a better life to their children and those unborn.

So, what IPOB is doing now will echo throughout history. The sacrifice and effort now can never be in vain. We must remain unwavering and steadfast in the pursuit of our freedom which is life’s most vital purpose. As my husband will say, “We must be without fear before our enemies”, not to be deterred and perturbed by the oppressions we face today because that is exactly what we are seeking to be free from.

Have you visited your husband since his detention?
No, I have not because as you know, I am nursing the latest addition to the family. As soon as he is strong enough to be left with a minder, then I shall be on my way to see my husband. Though I hope he will be out before then.

Talking about coming to Nigeria, we learnt you and other leaders of IPOB were declared wanted sometime in the past, has that subsided?
I don’t know about that. The world knows that Nigeria is presently a very uncivilised place with all the goings-on in their courts – arbitrary arrests, needless harassment, unconstitutional legal rulings in their court of law, disobedience to court orders, absence of the rule of law and a rogue law enforcement apparatus – anything is possible but we are not perturbed by that. The liberation of Biafra is a just cause. What Nigeria is doing is barbaric, but normal for a Third World country in Africa. That is exactly what we are fighting to get away from.

How did Uwazuruike do this?
I will explain it to you as we proceed.

We Biafrans have the uncontested right to self-determination; the Nigerian government and their terrorised judiciary, who are afraid of honest interpretation of the law, should stop interfering in this case because all they end up doing is foolishly showcasing their unintelligent criminal cheating minds before the whole civilised world. As for the struggle, the Nigeria government and her agents should allow us Biafrans to hold a referendum (with reference to Scotland/UK). If we lose, we will stop agitating for Biafra.

What is your view on Biafra, and do you think his insistence on getting Biafra is right, in view of the fact that many have lost their lives through this?
Let me tell you, Biafra is my hope. I see Biafra as a new beginning, a place where systems are well structured, where there is civility, law and order because as it is, all I see is barbarism in Nigeria. My husband is right for insisting on freedom for all of us Biafrans and beyond because without it, life is meaningless. My family is in England today, a very beautiful country, because the likes of Oliver Cromwell fought and many died that the House of Commons may be established to speak for the common man. Without justice, equity and fairness, Africa will remain backward.

From your end, what moves have you and other leaders of IPOB made to ensure the release of Kanu, seeing that all hopes of his being released by any Nigerian court has been dashed?
There have been moves made and still on. We are not going to relent. Securing the release of my husband is not all, Biafra must be released too from the death grip of Nigeria and we won’t stop until we achieve both.

Quote
He is a man that is obsessed with Biafra to the point of insanity and many times he has said publicly that he would gladly sacrifice me, the children and the wider family, if that is what it would take for Biafra to be free. That is the type of man Nigeria is facing, and that is the kind of man my husband is 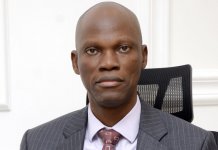 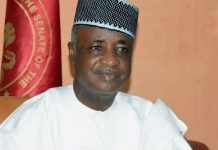 Again, PDP NEC to Meet on Ihedioha, Other Issues 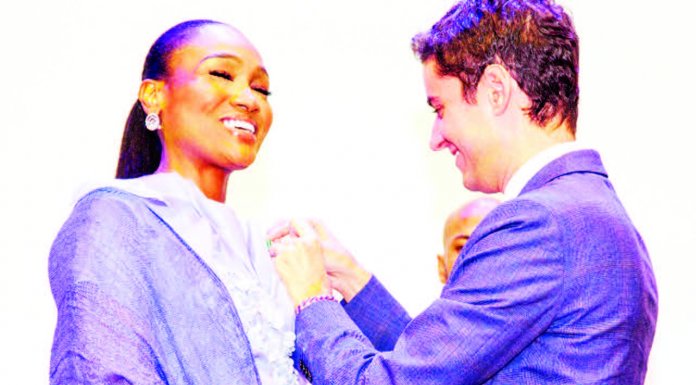 Rewane: Nigeria Should Focus on Its Economic Interest