Immigration Officers Trained on Mental Health in Rivers 47 mins ago 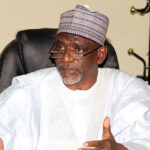 The Chairman, Kogi State University (KSU) chapter of the Academic Staff Union of Universities (ASUU), Dr. Daniel Aina, has disclosed that about 51 senior lecturers of the institution have left as a result of irregular payment of salary by the state government.

Addressing a press conference in Lokoja recently, Aina said if nothing is done urgently, more qualified staff will join the exodus, adding that due to the union’s intolerance of corruption under any guise, the prompt payment of workers’ emoluments is held sacrosanct. He said when there are delays in salary payment, the chances of corruptive tendencies are rife.

Lecturers of the institution have been on strike for the past two months and have vowed to continue until every money owed them are fully paid.
The chairman noted that the resolution of congress is that the action would be sustained till the last kobo owed is paid and that the action would be invoked anytime delay in salary payment goes beyond the seventh day of the succeeding month.

He said it is not true that ASUU KSU requested to be exempted from taxation, saying that what it requested for is a waver and rebate due to heavy taxation.
“We are responsible citizens. Sometimes ago, we were over-taxed. Through series of protracted dialogues, consultations and negotiations, the government conceded to the exemption and granted the affected staff, a seven month tax holiday with effect from October 2015 to April 2016 via S/KGS/ADM/307/IV/876. Till date, this exemption has not been consummated.

“The other issue is the rebate which we are asking for. In our negotiation with government, we pointed out that KSU staff pay as high as 400 per cent of what their counterparts pay within the state, as well as neighboring state universities. We cited this as one of the reasons we lose staff in KSU.”

Aina said other problems included arrears of Earned Academic Allowances (EAA) from 2009 to 2014, adding that the government received the EAA bill amounting to N1.1 billion and committed itself to offsetting it. “After the initial payment of N125 million, the government reneged on the promised monthly installment payment of N25 million.”

According to him, the standard practice in the university is the domiciliation of pension within its borders, saying that currently, there is neither domiciliation nor the contributory pension scheme in the institution.
This he said also contributed to the mass exodus of academic staff from the institution, just as he reiterated that university autonomy is sacrosanct all over the world.

“In the letter to the government under reference, it was stated that these issues have been presented to the NEC of ASUU for permission to go on strike to actualise their implementation.”
The chairman added that the bureaucratic handling of ASUU matters or the issuance of threats of sack or ‘no work, no pay’ would not solve the problem.

“Any and every repressive moves against ASUU will not solve any problem. It is erroneous to be biased that ASUU means trouble. What will solve the problem is an objective and open minded engagement of ASUU on the issues at stake with definite commitments.”

The union however commended the courage of the Alhaji Yahaya Bello administration on efforts to sanitise the civil service in the state. “No doubt, the state is bedeviled by rot and corruption of varying magnitude and dimension. The rot in the civil service appeared to have defied solutions until recently.”