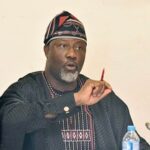 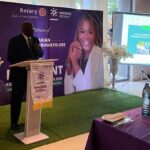 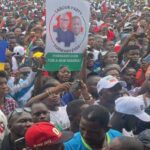 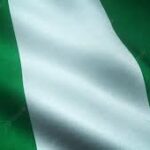 She therefore called on Nigerians not to panic over the issue.
“What we have approved are for field trials,” she said. “All the GMOs in Nigeria officially approved are under experimental fields.”

According to her, the insect-resistant cotton for commercial release will still be subjected to further processes for the next two years.

In a statement issued by Alhaji Isiaka Yusuf, Director Press, Federal Ministry of Environment, in Abuja, the minister stated that the National Biosafety Management Agency (NBMA), established in 2015, under the Federal Ministry of Environment was charged to, among others, ensure proper regulation of modern biotechnological activities and genetically modified organisms so as to protect the lives of Nigerians.
According to her, with the Act in place, Nigeria has taken laudable strides in order to adopt the necessary legal biosafety framework and policy, bearing in mind that if Nigeria gets it right, it will guide other African countries.

She stated that the agency is not working alone, as it is partnering with critical stakeholders such as the Nigerian Customs, the Nigerian Civil Defence Corps (NCDC), the National Agency for Food and Drug Administration and Control (NAFDAC), the Ministry of Justice, Nigeria Agricultural Quarantine Service, National Seed Council, Science and regulatory based institutions, the New Partnership for Africa Development (NEPAD) and African Biosafety Network of Expertise, (ABNE), among others.

The NBMA has the onerous task of ensuring that potential impacts of the GMO on human or animal health, the environment and the socio-economic effects are carefully weighed and the risk assessment fully carried out before being released, she disclosed.

While describing the concerns about GMOs expressed by the public as legitimate, she disclosed that the Federal Ministry of Environment, in collaboration with the National Biosafety Management Agency (NBMA), is organising an experts’ meeting involving civil society groups, national agencies and international organisations to address all concerns expressed, with a view to clarifying Nigeria’s position on the use of GMOs.

She enjoined the citizenry to cooperate with the Federal Government in its quest to diversify the Nigerian economy for the present and future generations, adding: “Nigerians should be rest assured of the protection of their health and environment by the National Biosafety Management Agency”.