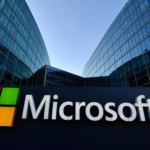 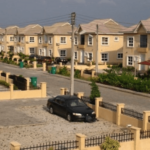 A Country Undermines the Judiciary at its Peril (Part 1)

Amidst the absence of its bigwigs, among them former Governors Donald Duke and Liyel Imoke, Senator Florence Ita-Giwa, Senator Rose Oko , and some serving and former members of the National Assembly, the Cross River State chapter of the Peoples Democratic Party (PDP) on Tuesday night elected Mr. Edim Inok as its new chairman.

No explanation was offered officially for their absence while the event lasted late into the night.

On May 10th, the day the state congress of the party took place, Ayi had complained about the handling of the entire process in parts of his constituency.

“For Calabar South, there was no congress; we agreed that there should be consensus by those who constitute the caucus by affirmation. That was never done, instead they sat in one room and wrote result and if they don’t like your face, they will say you should go to hell. I don’t know what state congress they want to hold if they cannot conduct the ward and local government congress properly,” Ayi had lamented while speaking to journalists at the state party secretariat.

Aside from Inok who was elected unopposed at the PDP state congress held on Tuesday night at the UJ. Esuene stadium; Mr. Patrick Ebam Emanghe and Mr. Victor Omaga Odu also emerged unopposed as the party’s deputy state chairman and state secretary, respectively.

Twenty other members were also elected into the state executive committee of the party at the congress generally described as peaceful.

Chairman of the congress committee for the state Chief Talib Tabite, described the election of new members of the state executive committee as peaceful.

Speaking after voting the state governor Professor Ben Ayade said: “We had a good understanding. We had to consult to see that it is democratically done. We also know that PDP has a culture of dominating Cross River State because when we resolve all our dispute, we resolve in favour of equity, in favour of justice, we resolve in favour of history of hard work to the party; and that is why you can see everybody working peacefully. Just have it that this is the most peaceful congresses of all.”

Also speaking, the senator representing southern senatorial district, said: “I think the voting went well. As you know, we went to series of meetings building up to this state congress, and in those meetings we discussed the direction of the local governments, my local government and my senatorial district. A lot of us had already taken a position with some of these things, so it is easy to come here and cast your vote for the person of your choice.